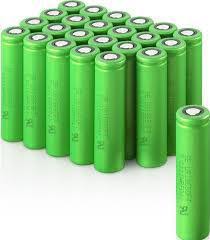 Umicore to ramp up recycling of electric car batteries

Umicore of Belgium is planning to ramp up its recycling facilities to process electric vehicle batteries. The strategy corresponds with an expected surge in demand for electric cars. Umicore scheduled the expansion for the next decade.

The move has been announced by Umicore’s Chief Executive Marc Grynberg. He told press that they are ready to make investment decisions early on “because we will have to be ready with larger industrial scale recycling facilities than we have today sometime around the mid 2020s.”

He added that Umicore currently has the capacity to recycle batteries of about 150,00 to 200,000 electric vehicles. However, they expect the number of plug-in vehicles to surge over the next ten years. Says Grynberg: “If you make assumptions about what the market may be 10 years down the road, knowing that this year probably more than 2 million EVs and plug-in EVs will be sold, then you have an idea about the scaling up factor that will be required.”

Grynberg also commented on second-life applications, saying these would not affect the demand for battery recycling. Says the CEO: “We’ve always said that this is going to be a niche application for some residential energy storage because the economics wouldn’t work for a utilities-scale project of energy storage, nor for grid regulation.”

Apart from investing in recycling facilities, Umicore is also expanding their production facilities for electric vehicle batteries. Earlier this year, the Belgian group had raised close to 1 billion euros to grow their cathode production reportedly. The facility is under construction in the Polish town of Nysa. The battery factory will create up to 400 jobs in the first phase and is planned to go into operation by the end of 2020 (we reported).

Umicore has not disclosed any further details like cost or location on their planned battery recycling facility.