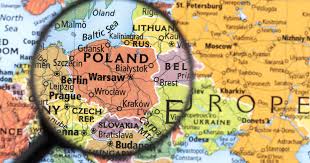 The Continuing Case For Investment In Poland Despite Current Political Climate

Many of the Polish government’s actions during the first half of its four-year term have put the country in the headlines around the world. Concerns about undemocratic, undiplomatic and extreme behavior have sparked investor concern. As with any investment decision, the question of whether it’s still a good idea for Japanese companies and other foreign investors to put money into Poland is a question of risk versus reward. Ultimately, we believe that, despite the recent developments, the result of this calculation remains positive.

Poland is currently facing a political stand-off involving the government and Supreme Court. At issue is a law passed in 2017 by the ruling Law & Justice (PiS) party, setting the retirement age for Supreme Court judges at 65, which would require about one-third of the 72 justices to retire. The government says the new law, part of a package of judicial reforms, is necessary to get rid of judges who participated in the communist legal system. A number of Polish Supreme Court justices, including Chief Justice Magdalena Gersdorf, dispute the constitutionality of such law and have refused to comply with certain provisions thereof, potentially resulting in a constitutional crisis. They have taken their grievance directly to the European Court of Justice, a move the government believes is unauthorized. The European Court of Justice has acknowledged receipt of the claim but has not yet assumed jurisdiction.

It remains unclear how the situation will play out. The impetus for change could come from the European Union’s steps against Poland. A proceeding launched July 2, 2018 comes in addition to the ongoing Article 7 procedure (named after the section of the EU Treaty that provides for sanctions on a member state that violates the rule of law). In the new procedure, the European Commission gave Poland one month to respond to charges that the changes to the Supreme Court violate the principles of judicial independence. After that, the Commission can bring its challenge to the European Court of Justice, a move that would clearly be authorized and could spur the government to seek a face-saving compromise.

The Commission is also proposing changes to EU budget rules for 2021-27, giving it the power to restrict funding to countries that violate the rule of law. As the largest of the ex-communist countries that joined the EU starting in 2004, Poland is the biggest beneficiary of the seven-year, EUR 1 trillion budget.

With increased political control over the judiciary, some say it is just a question of time before we begin to see politically-motivated decisions, for example in foreign investors’ disputes with regulators or state-owned companies. Although current events may seem concerning, the objective truth is that people have always invested in Poland despite the court system, not because of it. The World Bank’s Doing Business survey bears this out: Poland ranks 51st for protecting minority investors, and 55th for enforcing contracts – behind countries including Tajikistan, Bhutan and Cabo Verde, none of which immediately springs to mind as an FDI powerhouse. And yet despite those ratings, the World Bank ranked Poland 27th overall, 11th out of the EU’s 28 members.

Even presuming the absolute worst case, we believe that the current changes will make the judicial system only marginally worse, and only over five to 10 years.

Despite the current political difficulties, companies from around the world have invested almost $200 billion in Poland, integrating Polish operations into their global value chains. Poland’s advantages include:

Poland has been a remarkable success story over the quarter-century since communism fell, with average annual GDP growth of 4%, and not a single year of negative growth. Poland has won “developed country” status from the OECD. GDP is on track to grow by just over 4% in 2018, one of the fastest rates in the EU.

Manufacturing exports are a key element of the Polish economy, particularly as part of the supply chain for German companies; the car parts industry is a good example. In 2017 LG Chem announced Poland’s largest foreign investment ever, a EUR 1.63 billion deal for a plant to produce batteries for electric cars. A massive EU infrastructure program ensures goods flow smoothly to neighboring Germany. Seasonally adjusted unemployment stood at 3.8% in May 2018, according to Eurostat, the fourth-lowest in the EU. Despite increases in recent years, Polish labor costs are still one-third those in Germany.

Strong support for the EU

Ultimately, the EU’s authority in Poland lies in its huge popularity among ordinary Poles: Support reached a record 92% in a recent poll. Poles appreciate the EU’s tremendous benefits in areas such as infrastructure, rural development and opportunities to work abroad. In the end, the government will have to respect this.

Viewed in context, We believe that populism is much less of a concern in Poland than many other countries. Poland’s institutions continue to function, and the economic case for investing in Poland is clear. The political case is, however, now less clear. We believe that when Japanese investors analyse the current state of Poland’s judiciary and politics against its advantages and the actual threat from the current government, a more nuanced picture emerges than is often portrayed in the international media. The considerations that must be taken into account before investing in Poland have indeed increased, but the rewards are still substantial and the risk simply has not greatly increased. As recently as June 2018, the Japanese Minister of Foreign Affairs, Taro Kono, and Polish Foreign Minister, Jacek Czaputowicz, jointly expressed the desire for an intensification of economic relations between Poland and Japan in the fields of trade and direct investments.