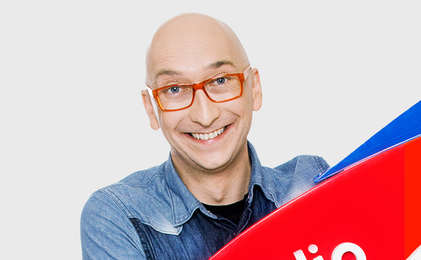 Soros and Agora to buy RadioZet in a $34 million deal

Polish newspaper publisher Agora SA and a fund backed by billionaire George Soros agreed to buy the country’s second-largest radio station, thwarting efforts by pro-government groups to strengthen their grip on the media.

Ruling populist parties throughout eastern Europe have turned public media into propaganda machines, while piling pressure on privately-held broadcasters who refuse to toe the party line, such as Agora. Hedge-fund guru Soros, who’s an advocate of liberal democracy, has been vilified as formerly communist nations rebel against the European Union’s values 30 years after the Berlin Wall collapsed.

Agora, whose assets include Gazeta Wyborcza daily, a talk radio station as well as a movie theater business, signed a preliminary deal to purchase 40 percent of Eurozet sp. z o.o. for 130.8 million zloty ($34 million) from Prague-based Czech Media Invest AS, the Polish company said in a regulatory statement. SFS Ventures, a vehicle that includes a Soros-backed fund, will buy the rest.

Poland’s ruling nationalists, who have been accused by the EU of extensively eroding democratic standards since taking power, warned that they don’t want Soros to buy the radio station, which has a nearly 13 percent of the market, second only to Bauer Media Invest GmbH’s RMF FM. Polish newspapers had reported that pro-government publishers, some backed by loan guarantees from state-owned banks, were interested in buying Eurozet as part of the ruling party’s efforts to “re-Polonize” the country’s media industry.

Agora’s shares dropped 9.3 percent on Wednesday, the biggest decline in almost six years, as the company said it may revise investment plans as a result of the deal. The Warsaw-based company, in which a Soros-backed fundowns an 11.5 percent stake, also has a call option to buy the rest of Eurozet from SFS Ventures within 36 months.