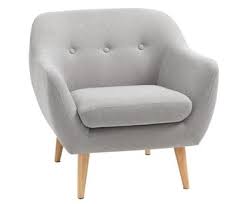 As the sixth largest producer and the world’s fourth largest exporter of furniture, Poland is investing in the expansion of its production capacities as it sets to strengthen its position further in the worldwide market.

The Association of Furniture Manufacturers estimates that furniture valued at just under CHF 13 billion in 2017, an 8 percent increase over the previous year. Further growth of approximately 10 percent is expected for 2018. Most of the furniture produced in the country is exported. The 2017 Furniture exports are estimated at just under CHF 12 billion (+5 percent compared to the previous year). The largest buyer of Polish furniture is Germany with a share of around 30 percent of exports, followed by United Kingdom, Czech Republic, France and the Netherlands. In 2017, Switzerland imported furniture valued at CHF 217 million from Poland. In conclusion, this currently makes Poland the fourth largest furniture supplier to Switzerland behind Germany, Italy and China.

One of the issues of Polish furniture exporters is that Polish brands aren’t known on an international platform. Additionally, sales abroad are mainly via large retail chains. As furniture manufacturing is one of the Polish economy’s strategic sectors, the industry can count on state support. The new Polish Furniture program is aimed to support promotional activities and the development of new markets. Moreover, investment funds have been developed to invest in companies from the industry. The Polish Development Fund highlights that in order to maintain its strong international position and in light of rising labour costs and the shortage of skilled workers, new business models and increased capital expenditures are required. The development drivers in the industry are apparently automation, robotics, innovations, customised solutions and consolidation.

At present, there are over 27,000 Polish companies involved in furniture manufacturing, with over 407 large and medium-sized enterprises account for three quarters of the production.

Poland is the second largest supplier of furniture to Ikea after China. The Swedish giant operates a dozen factories in the country and is the largest company in the furniture industry in Poland.

However, the Polish furniture industry is characterised by a large number of companies with domestic capital, which have become major players in the Central and Eastern European market.

In 2017, the Austrian company Egger started construction of a furniture panel factory in north east Poland. The investment volume amounts to just under CHF 280 million. Production is scheduled to start at the end of 2018.

At the same time, Ikea extended its factory in Zbaszynek (West Poland). The expansion of capacity is expected to cost CHF 63 million and is scheduled for completion around mid-2018. The new plant will produce 125 thousand pieces of furniture per week.

Forte opened a new chipboard factory in early 2018. The next planned investment is in a new production hall with an investment volume of CHF 84 million. The hall aims to be in full operation next year.

Also in 2017, Sklejka Pisz Paged SA received planning permission for the expansion of the woodworking plant in the Special Economic Zone in Pisz/Northeast. The project, valued at CHF 30 million, comprises of the construction of a new plywood manufacturing facility and new production lines.

In the same year again, the furniture manufacturer Meble Wojcik was granted planning permission for the construction of a new production hall and warehouse in Elblag worth approx. CHF 14 million. The company announced plans to invest in automated and innovative production lines. The company also intends to expand the existing IT system to meet its customers growing demands.

The company Szynaka is planning to build a new high bay warehouse in Ilawa. The purchase of shelves, barcode terminals, readers and a forklift localization system is estimated to cost around CHF 6 million.

The Swiss Krono Group is the best known Swiss company in Poland. It claims that a product from the company can be found in every second Polish household.

Swiss Krono specialises in the production and sale of floor coverings, wall designs and wood-based materials for the construction and furniture industry. The company has been active in Poland for over two decades and employs more than 1,000 people in its Polish production facilities.

Another interesting example is the company IGP, which has been active in Poland for over 15 years with its own sales company and a production facility near Warsaw, which opened in 2016.

IGP produces powder coatings for a wide variety of materials. The products are used in construction, industry, transport or the wood furniture industry. Until recently, powder coating was reserved for metals. The development of innovative low-temperature powder coatings now also makes it possible to coat wood. Compared to wet painting, this leads to enormous time savings by eliminating the repeated sanding, priming and drying. This increase in efficiency is already being used by well-known furniture manufacturers in Poland.

The investments in this area also generate export opportunities for Swiss suppliers of high-quality technologies and solutions for the furniture industry, which are not yet present on the market. Contact us to discuss your market entry.