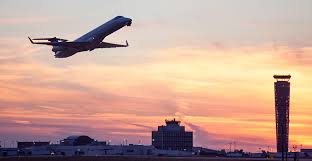 Wild said Singapore was interested in the planned Polish investment.

He added that China and South Korea were also potential partners.

Wild said that Changi, which has leisure and recreational facilities such as cinemas, swimming pools and gardens, could serve as an example for Poland’s planned airport, which the government hopes will become a major transit hub.

Under a plan adopted by Polish parliament, construction on the country’s Central Airport, 45 kilometres from Warsaw, is to start in 2021. It is expected to become operational in 2027.

Rafał Milczarski, CEO of Poland’s state-controlled airline LOT, has argued that the new airport is needed for the carrier to expand and launch new connections as Warsaw’s Chopin Airport nears capacity.

Wild travelled to Singapore for trade talks on board Polish Airline LOT’s first direct flight from Warsaw to Changi airport, together with Polish Deputy Prime Minister Piotr Gliński and a number of Polish businessmen. (vb)