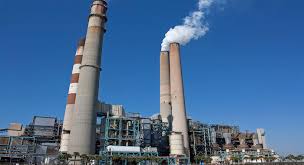 If it is added, then under a 2015 law Innogy would have to ask the ministry for approval if it wanted to sell the business

WARSAW: Poland‘s energy ministry plans to add German-owned Innogy Stoen Operator, an electric power distributor, to a list of assets deemed important for the country’s energy security which prevents them being sold without Warsaw’s consent.

If it is added, then under a 2015 law Innogy would have to ask the ministry for approval if it wanted to sell the business. The government’s list includes state-run copper producer KGHM , chemicals group Azoty and power firms.

“The energy minister has proposed that Innogy Stoen Operator would fall under the 2015 law,” a ministry spokeswoman said.

Two years ago the Polish government, which has been buying back assets from foreign investors, put local energy assets owned by French EDF and Engie on the list in order to block their sale to private investors.

German energy group Innogy was carved out of RWE two years ago. RWE had bought an 85-percent stake in Warsaw power distributor Stoen for 1.5 billion zlotys in 2002.

Polish newspaper Dziennik Gazeta Prawna said on Monday that the Polish government would like Innogy Stoen Operator to become state-run again and that Poland’s biggest power group, the state-run PGE might be the buyer.

The energy ministry declined to comment on the potential purchase of Stoen, while PGE and Innogy Stoen Operator were not immediately available for comment.