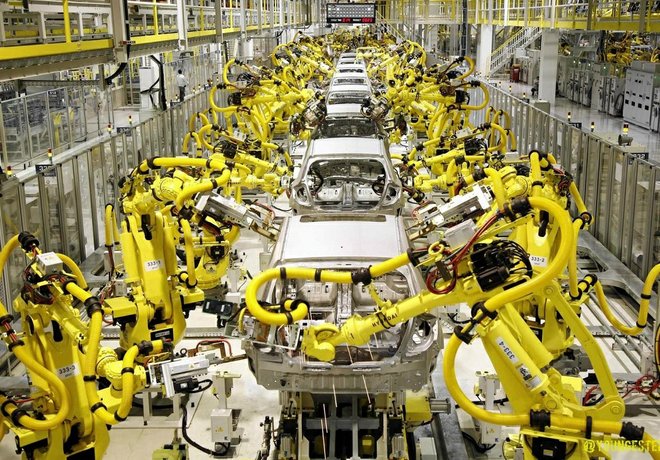 At present, advanced automation solutions are used by 15 percent of companies in Poland however, the majority have pledged that they will introduce new technologies because without full automation there can’t be another industrial revolution.

Despite the low level of automation of production amongst Polish companies, compared to other Central and Eastern European economies, constant improvement can be seen in this aspect. As many as 90 percent of surveyed companies declare their interest in automation, however in case of only just over 14 percent of them this translate into particular actions concerning complete production lines. According to the ‘Smart Industry Poland 2017’ report, the majority of entrepreneurs choose the simplest methods, i.e. purchasing an individual processing machine (49 percent of surveyed companies) or at most, installing a small number of machines working together (27 percent).

However, major improvements have been reported. Between 2010 and 2016, the number of automation means in the Polish industry grew significantly (this particularly applies to computers steering production lines). In terms of the level of production automation, Poland is hugely behind the majority of European Union member states. There are three fundamental reasons behind it: more difficult access to modern western technologies prior to 2004, capital deficit and low labour costs which do not encourage investment in expensive machines. Despite this, the current growing employee shortage and consequential emphasis on increased wages may result in a situation in which entrepreneurs are more likely to veer towards automation and robotics solutions

More than five thousand companies are working on creating industrial automation solutions in Poland. They are mainly small companies, employing no more than nine employees and mainly targeting local clients. There are relatively few, no more than a few dozen, medium and large enterprises (including those with foreign capital) with solid capital background and experience in execution of complex projects domestically and abroad. This means that the automation market to a large extent remains dispersed and requires capital consolidation.

The majority of companies operating in this sector are the distributors of products manufactured by western corporations. There are still not enough domestic companies capable of presenting solutions which are competitive to foreign offers or providing system integration services. On the one hand, this emerges from the Polish industrial automation market. Despite successive growth over the last decade, it is still relatively shallow and concentrated mainly in Silesia and Mazovia with the biggest demand for robots and manipulators (45 percent of domestic demand) and other means of production process automation. This does reflect the overall weakness of domestic research and development centres which are more interested in theoretical research rather than finding practical solutions such as those concerning industrial automation. The market’s shallowness is also highlighted by the fact that many suppliers of industrial automation systems attempt to operate within a number of sectors simultaneously, especially in electronics, measurement and control technologies and telecommunication.

Currently, the main task for the Polish economy is finalising the construction of solid infrastructure within the field of automation and digitisation. By doing so, conditions shall be generated to gradually introduce ground-breaking technologies which constitute the basis of Industry 4.0. Their implementation must be linked to promulgating advanced technologies in Poland which are associated with Industry 4.0 such as Big Data, the Internet of Things, cloud computing, augmented reality, additive manufacturing or autonomous robots. Thanks to this, the machinery stock which is at the disposal of the Polish industry will start to encompass more automated means of production which are characterised by very high flexibility in terms of processing tasks performed and autonomy understood as the capability to turn themselves on and off independently at the right stage of the production cycle and ability to adapt to changing conditions and requirements of the production process.

An positive signal for the Polish industry is an active involvement of entrepreneurs in the works of task forces established with the premise of bringing the notion of fourth generation industry closer to Poland as well as suggesting the support mechanisms for industrial transformation in this direction from public resources. A vital role should be played by the Polish Platform of 4.0 Industry which has recently commenced its operation.