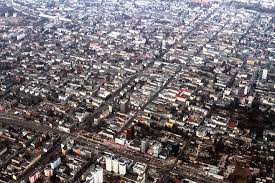 Panattoni Europe has completed the construction of a large-scale logistics centre for BSH Sprzęt Gospodarstwa Domowego. The 79,000-square-metre BTS facility with its own railway siding was delivered in Lódź. The official opening of the facility took place on 5 April, and the ceremony was attended by representatives of the two companies as well as local and regional authorities.

The industrial real estate company has completed the construction of the first facility at Central European Logistics Hub. It is a logistics centre for BSH Sprzęt Gospodarstwa Domowego spanning nearly 79,000 sqm. The entire facility was delivered in the BTS formula. The warehouse takes up as much as 77,000 sqm, with 1,700 sqm allocated to social and office space – and a section of the facade was given an original appearance reminiscent of the strong industrial roots of the city.

The project has two railway sidings with three stop tracks – two outside and one inside the building. For the purposes of the latter, Panattoni Europe built a railway station inside the building, with a 590-metre platform running the entire length of the building. The presence of railway sidings provides BSH with access to the most environment-friendly mode of transport, using railways. They will be used in the logistics of production earmarked for exports. Moreover, the building features a special ramp system, LED lighting, as
well as additional skylights and facade windows, to maximise access to natural light.

The new BSH Logistics Centre will be the heart of the company’s distribution system in Poland, serving both the domestic and international supply chains. The facility will also process the supplies of components for production to be used in BSH factories in Poland and abroad. Thanks to the new investment, the BSH logistics system will be consolidated, unlocking new, greater potential for further growth.

Panattoni Europe completed facility at Central European Logistics Hub for BSH. “BSH Sprzęt Gospodarstwa Domowego Sp. z o.o. has been associated with Lódź for many years. Thanks to the excellent location in the centre of Poland, very good cooperation with municipal authorities and high-quality specialists, our company has been growing steadily,” Konrad Pokutycki, President of the Management Board of BSH in Poland, says,
adding that “it was in Łódź that the first factory of our corporation in Poland was built 24 years ago. Today, we can boast six factories, with as many as three operating in Łódź. One of them – a tumble dryer plant – is the only factory of its kind across the BSH Group. Moreover, the company has its Shared Service Centres and Research and Development Centre in Łódź.”

“The project for BSH Sprzęt Gospodarstwa Domowego was, metaphorically speaking, a milestone in the creation by Panattoni Europe of the Central European Logistics Hub – Poland’s largest distribution centre. Today’s ceremony marking the official opening of the project is an important event for us, as Jędrzejowska street becomes a new business address for many enterprises. But it was BSH who was the first tenant at this location. Already in June, another company will be moving into a new 70,000-squaremetre facility dedicated to handling its own online sales,” says Marek Dobrzycki, Managing Director, Panattoni Europe.

The facility for BSH Sprzęt Gospodarstwa Domowego was built as part of the Central European Logistics Hub. It is now made up of 9.04.2018 Panattoni Europe completed the first facility at Central European Logistics Hub for BSH three buildings, totalling 175,000 sqm, but in the future Poland’s largest logistics complex by Panattoni Europe will be able to accommodate as much as 300,000 sqm of modern warehouse space.

The hub is situated at ul. Jędrzejowska, right next to the A1 – the only Polish motorway running north-south. It is just 30 km away from the Łódź Północ junction, where the A1 and A2 motorways intersect. This perfect location in central Poland with access to the intersection of the European east-west and north-south routes, as well as within administrative city limits, will facilitate the tenants’ domestic and international logistics, while also making it fast and easy for employees to get to work.