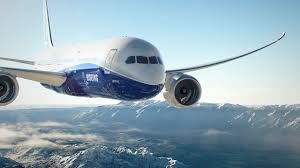 MTU Aero Engines, Germany’s leading engine manufacturer, is once again adding new production and assembly capacities at its facility in Rzeszów, Poland. Plans are for MTU Aero Engine Polska’s existing floor space to be enlarged by another 11,400 square meters, with groundbreaking for the construction planned in September 2018. The number of employees will increase from nearly 800 today to over 1,000 by 2020, which is tantamount to a 25-percent rise in headcount. The new jobs being created in this region are primarily for activities related to new technologies. The tremendous advancements in the field of additive manufacturing technologies and the steep increase in production rates within the whole MTU Group are behind this move. For instance,  production volumes of components for the latest geared turbofan engines will increase significantly as well as the activities for assembly and production of components and modules for latest widebody propulsion systems powering the 787 Dreamliner and the 777X. The MTU Group’s investment in the site so far amounts to 100 million euro, and it is the plan to invest an additional 80 million euro in the next 5 years (2018-2022). According to plans, the new parts of the facility will be up and running no later than the end of 2019.

Of a total of 11,400 square meters of added floor space, 7,500 square meters will be dedicated to production and 3,900 square meters will be used to provide the additional space required to support production. After the expansion, the facility will have an area of 38,500 square meters overall. The space in the newly built part of the facility will, first and foremost, house activities in connection with new technologies, like, for example, additive manufacturing, plus activities needed to cope with the increased volumes associated with the production ramp-up now underway. Just like the new blisk production shop in Munich and the logistics center in Hannover, the building expansion is part of MTU’s investment and growth strategy for the ramp-up.

“The decision to expand MTU Aero Engines Polska for the second time within a mere three years clearly goes to show that our company is on a dynamic growth path. We have built expertise and high-level knowledge, which are absolutely essential capabilities in the very demanding aviation industry. We are proud to add additive manufacturing technologies to our facility’s portfolio. In our highly developed, quality-driven infrastructure, we can use these capabilities both for our projects and for recruiting new employees,” is how Krzysztof Zuzak, Managing Director of MTU Aero Engines Polska, summarizes the significance the extension has for the company. The building project will create attractive and modern jobs in advanced production technologies within the aviation industry. By 2020, the headcount is expected to stand at over 1,000.

MTU Aero Engines Polska first started to produce engine components for Germany’s leading engine manufacturer back in April 2009. Within five years, the workforce in Rzeszów grew from an initial staff of 200 to 500 highly-skilled employees. Today, almost ten years after its opening, the company has nearly 800 employees. MTU’s affiliate in Poland’s Aviation Valley currently focuses on development and manufacturing activities, production of components, module assembly and parts repair. Moreover, the location has been managing parts for the V2500 after MTU’s stakes in this engine program increased in 2012. The Polish facility’s responsibilities include procurement and quality certification of parts, engineering, and logistics.

MTU Aero Engines Polska designs and produces components and airfoils for engines of the Airbus A320, the Boeing 787 Dreamliner and 777X, and for business jets such as Cessna or Gulfstream as well as LM6000-series industrial gas turbines. It also assembles the low-pressure turbines for the above engines, turbines for the latest geared turbofan engines, as well as turbine center frames. Another field of expertise is the repair of engine parts, such as tubing and various other externals. The location is involved in the entire value chain, from development – aerodynamic design, structural mechanics, and thermodynamic optimization – all the way to manufacturing and repair.

About MTU Aero Engines
MTU Aero Engines AG is Germany’s leading engine manufacturer. The company is a technological leader in low-pressure turbines, high-pressure compressors, turbine center frames as well as manufacturing processes and repair techniques. In the commercial OEM business, the company plays a key role in the development, manufacturing and marketing of high-tech components together with international partners. Some 30 percent of today’s active aircraft in service worldwide have MTU components on board. In the commercial maintenance sector the company ranks among the top 5 service providers for commercial aircraft engines and industrial gas turbines. The activities are combined under the roof of MTU Maintenance. In the military arena, MTU Aero Engines is Germany’s industrial lead company for practically all engines operated by the country’s military. MTU operates a network of locations around the globe; Munich is home to its corporate headquarters. In fiscal 2017, the company had a workforce of some 10,000 employees and posted consolidated sales of approximately five billion euros.