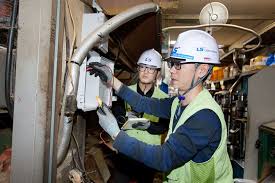 LS Cable & System said Tuesday it would invest around 14 billion won ($13 million) in its plant in Poland to build a new production line for optical cables.

The company has two optical cable production facilities in Korea and Vietnam. The one planned for Poland will be its third.

Upon its completion, the South Korean cable maker will be able to produce optical cables of around 3 million fiber kilometers a year, which would account for 7 percent of the European optical cable market, according to the company.

“We will actively scale up marketing activities for global telecom operators via our French sales arm and Poland production unit. We also plan to expand into other markets, including Eastern Europe and the Commonwealth of Independent States,” said CEO Myung Roe-hyun.