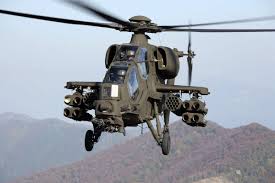 Leonardo (Outdoor Exhibit L1) and Polska Grupa Zbrojeniowa (PGZ) signed a Letter of Intent (LOI) this week at the Farnborough Airshow to collaborate on the AW249, the in-development combat helicopter slated to replace Italy’s fleet of AW129 helicopters. Under the LOI, the two companies will work together on design, manufacturing, final assembly, marketing, and aftermarket support for the rotorcraft.

The Polish army is seeking a new combat helicopter and a variant of the forthcoming AW249 was being considered under Poland’s Kruk procurement before the LOI, a course that the agreement strengthens. Leonardo Helicopters managing director Gian Piero Cutillo called it “a significant milestone in the ongoing collaboration between Italian and Polish defense industries.”

As the only new combat helicopter currently being designed, according to Leonardo, the AW249 will feature modern communication and battle management systems, be able to operate and manage UAVs, and offer “significant improvements in life-cycle costs over previous generation helicopters,” the company said.

Citing the current cooperation with Leonardo’s PZL-Swidnik plant, Jakub Skiba, president of PGZ’s management board, said the LOI “opens up new opportunities for PGZ companies in the aviation domain” and to “expand our capabilities and involve our companies in the AW249 program.”

The Italian Ministry of Defense plans to retire its AW129 fleet by 2026 after more than 35 years in service, and Leonardo is developing the replacement under contact to the Ministry.