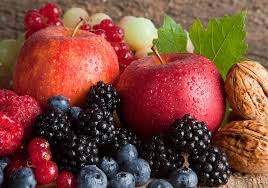 T.B.Fruit, one of the largest processors of fruits and berries in Ukraine, plans in 2019-2020 to start the construction of the third plant for processing apples and berries in Poland with an estimated cost of more than EUR40 million.

“We plan to build the third factory in Mazowieckie Voivodeship. We are now at the stage of designing production lines. There is already a ready-made construction project, a building permit has been obtained from state authorities. The planned start of construction is 2019-2020. The third plant will have a capacity of 3,000 tonnes of apples a day with the possibility of increasing up to 4,500 tonnes, and up to 700 tonnes of berries per day,”

Director for Production at T.B.Fruit Oleh Mochaliuk told Interfax-Ukraine. Investments in the specified enterprise will roughly amount to more than EUR40 million.

According to Mochaliuk, T.B.Fruit owns two plants in Poland (the first was bought in 2010, the second one in 2012) with a total processing capacity of 3,000 tonnes of apples per day. In addition to apples, strawberry, raspberry, currants, cherry, aronia, red currants, gooseberry are processed at Polish plants. He said juice production and sales in the first half of 2018 decreased by 30-40% compared to the same period in 2017 due to a poor fruit harvest.