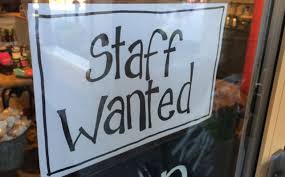 Ignore the Polish government’s public pronouncements on the dangers of migrants: Poland is opening its borders in order to address labour shortages. Negotiations between the labour, internal affairs and investment and development departments regarding the country’s migration strategy are coming to an end, and the consensus is that parts of current legislation need to be amended.

“The amendments will contain ways to facilitate the employment of immigrants from outside the European Union,” Poland’s Deputy Labour Minister Stanisław Szwed told the newspaper Dziennik Gazeta Prawna (DGP).

One such amendment will be the possibility to extend the stay of workers based on qualifications. At present, citizens of six former Soviet countries are able to work in Poland for up to six months. This could be extended to one year.

“The shortage of workers is visible in almost every industry,” said Paweł Chorąży, deputy minister of investment and development. “Even in small towns, where unemployment until recently has been in double-digits, we are beginning to see a shortage of people.”

As such, the government plans to ease the process for non-EU arrivals in obtaining work permits as well as extending their duration. At the moment the longest period that a work permit is issued for is three years, but this could be extended to five. What’s more, under the new rules the spouse of a person that already has a valid permit will not need to apply for one. The list of countries whose citizens can benefit from the new rules will also be extended.

“We are referring to the countries of Southeast Asia, such as Vietnam or the Philippines,” said Mr Chorąży. “We have information from employers that people from these countries quickly acclimatise and assimilate in Poland and integrate well. Filipinos are valued employees in the care and IT sectors.”

According to data from Statistics Poland (GUS) at the end of 2017, there were around 118,000 vacancies on the Polish labour market.  This figure is up by 50 per cent compared to the previous year.

“There is still a lot of demand in production, logistics and construction, and many vacancies cannot be filled. We currently see two problems with immigration. The first with bureaucracy and slow pace of processing applications. The second is that the possibility of finding employees from certain industries in Ukraine are running out” adds Mr Kubisiak.