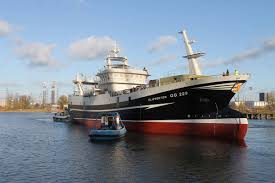 Danish shipbuilder Karstensens Skibsvaerft has moved to expand its manufacturing capabilities in Poland by investing in a Polish hull production unit.

“As a natural consequence of the desire and ambition to maintain its position as the leading total supplier of larger fishing vessels, Karstensen has now realized a large part of the vision by establishing ‘Karstensen Shipyard Poland’,” the firm said.

In addition to establishing the Polish subsidiary, Karstensens has acquired extra production facilities from Vistal Offshore in Gdynia; a modern production plant built in 2013, suitable for ship hull production, it said.

The facility consists of two large buildings, offices and modern crew facilities. Karstensens takes over the facilities from July 1, for a three-year lease period.

The Danish firm already has staff in Poland consisting of ten ship engineers and inspectors, who since 2000 have supervised the hulls that have been built for Karstensen’s newbuilds.

“The Polish team can look forward to getting around 200 new colleagues, and less transport time to external yards. The plan is to start production immediately after the acquisition in July.”

The first hull from Karstensen Shipyard Poland will be for the Lunar Bow, which will be equipped in Skagen, Denmark from summer 2019, and delivered to Scottish Lunar Fishing in January 2020.

The firm believes its investment in Poland will “significantly increase production” in Skagen too, with higher quality and regular deliveries. “With 13 ships on order for delivery within the next two years, it is crucial to have control over these two key parameters.”

“Karstensen Shipyard Poland becomes an important sales parameter for us in relation to our customers. By this action we will appear as an even more complete supplier; from design to hull construction to surrender equipment and of course for aftermarket service,” said managing director of the firm’s naval architecture division, Knud Degn Karstensens.

Meanwhile, the firm announced the launch of pelagic newbuild the Clipperton, which has been delivered to Swedish owners B-C Pelagic, in Donso.