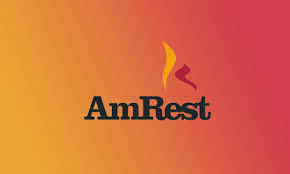 It is the third acquisition announced this month by Warsaw-listed AmRest, which runs Kentucky Fried Chicken (KFC), Pizza Hut and Starbucks franchises in Europe and Russia, and has its own brands in Spain and France.

As well as France, Paris-based Sushi Shop runs restaurants in 11 other countries including Spain, Great Britain and Italy.

AmRest, which recently moved its headquarters to Spain from Poland, said earlier this month that it would invest 25 million euros in a Spanish delivery startup, Glovo, to strengthen its position in all the markets where it operates in both dining in and food delivery.

“Over the past three years combined, acquisitions have contributed to approximately half of the increase in (AmRest’s) stores,” Berenberg analysts wrote in a note last month.

AmRest also in July signed a binding agreement to buy a Spain-based burger chain, Bacoa, for about 3.7 million euros to increase its presence in Western Europe.

AmRest has expanded its network of restaurants and franchised stores by 25 percent to 1,705 within the last 12 months and its portfolio of brands includes KFC, Pizza Hut, Burger King and Starbucks.

It aims to open more than 300 stores this year and plans to list on the Spanish Stock Exchange after securing shareholder approval for the plan on June 6.