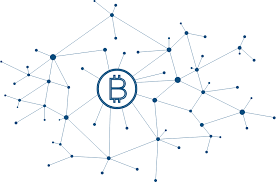 On 10 April, at the EC Digital Day 2018, the European Union made a big step forward towards a great blockchain future. On that date 22 EU member countries have signed a Declaration on the creation of a European Blockchain Partnership. This has been the consequent result of a year hard working by the European Commission.

Long time the European Union has taken a positive, but wait-and-see attitude towards blockchain and distributed ledger technology. As a result the EU as a whole has long lagged behind global competitors like the US and China in propping up promising start-ups in the blockchain area. But that is changing. Many EU member states have announced or have started initiatives with blockchain technology, and the EC now wants to ensure those projects can work across borders, consolidate expertise and address challenges such as disintermediation, trust, security and traceability by design. Of special concern are the many initiatives from banks, insurance companies, stock exchanges and other business sectors, leading to diverse systems that cannot work together.

Since mid-last year the European Commission is working hard to unite blockchain initiatives in the various EU member states. At the 1st EU blockchain Conference held on 11th May 2017 in Brussels, the more than 600 participants asked Europe to take leadership on this topic. In the same month, in its Digital Single Market mid-term review, the European Commission recognised blockchain-inspired technologies as “having huge potential for our administrations, businesses and the society in general.”

The European Council conclusions of 19 October 2017 also highlighted blockchain, along with artificial intelligence, as “key emerging trends”. And in November 2017 the EU presented a massive study that assessed potential of the creation of an EU-wide blockchain infrastructure.

This year Europe started with concrete actions. In early February the European Commission launched the EU Blockchain Observatory and Forum as part of its Digital Single Market approach. European Commissioner Mariya Gabriel for Digital Economy and Society called this “one of the world’s most comprehensive repositories of [Blockchain] experience and expertise.”

The EU Blockchain Observatory and Forum

The launch of the EU Blockchain Observatory and Forum, supported by the European Parliament, This newly created European Expertise Hub on Blockchain and Distributed Ledger Technologies is aimed to consolidate and grow blockchain initiatives within the European Union (EU).

“ConsenSys will manage the initiative in cooperation with the Commission, coordinate the preparation of a number of research reports, and organize workshops and events in order to collect input and feedback from a large number of stakeholders.” Ken Timsit, ConsenSys France

Main objectives of the EU Blockchain Observatory and Forum include:

–          the monitoring and analysis of blockchain trends and opportunities for the EU,

–          investigating what role the EU can and should play where

–          creating a cross-stakeholder forum and hub of expertise.

“The EU Blockchain Observatory and Forum will play an active role in helping Europe to seize new opportunities offered by blockchain, build expertise and show leadership in the field. It will be gathering information, monitoring and analysing trends, addressing challenges and exploring blockchains’ socioeconomic potential. It will enable cross border cooperation on practical use cases, bringing Europe’s best experts together and promoting an open forum for blockchain technologists, innovators, citizens, industry stakeholders, public authorities, regulators and supervisors, to discuss and develop new ideas in order to learn, engage and contribute in an open way”. EC Press release

The main goals of this collaboration/partnership are to

–          establish an environment through which legal blockchain technologies can flourish throughout Europe and create ways to promote blockchain applications across the EU-wide Digital Single Market.

It was stated that the Partnership will “contribute to the creation of an enabling environment, in full compliance with EU laws and with clear governance models that will help services using [Blockchain] flourish across Europe.”

“In the future, all public services will use blockchain technology. Blockchain is a great opportunity for Europe and Member States to rethink their information systems, to promote user trust and the protection of personal data, to help create new business opportunities and to establish new areas of leadership, benefiting citizens, public services and companies. The Partnership launched today enables Member States to work together with the European Commission to turn the enormous potential of blockchain technology into better services for citizens.” Commissioner Mariya Gabriel for Digital Economy and Society

“The European tech sector identifies AI (artificial intelligence) and blockchain as the areas where Europe is best positioned to play a leading role. However, it is no secret that we have to invest – both politically and financially.” “I would like to see EU countries make a similar commitment to blockchain technologies – now moving out of the lab and going mainstream.” Andrus Ansip, EC Vice President

Integrating with Digital Single Market
The participating countries especially see the potential for blockchain technology to integrate with Europe’s Digital Single Market. They agreed to co-operate to establish the Partnership with a view to developing a blockchain infrastructure that can enhance value-based, trusted, user-centric digital services across borders.

“The Partnership will be a “vehicle for cooperation amongst Member States to exchange experience and expertise in technical and regulatory fields and prepare for the launch of EU-wide [Blockchain] applications across the Digital Single Market for the benefit of the public and private sectors.” Andrus Ansip, EC Vice President

EU investment in blockchain-related projects
The European Commission has been funding blockchain projects throughout the EU already since 2013. They have invested more than Euro 80 million in projects supporting the use of blockchain in technical and societal areas.

The investment plans of the newly created European Blockchain Partnership are even more impressive. For that purpose the European Union launched a venture capital “fund of funds” aimed at boosting investment in innovative start-ups and narrow Europe’s gap with the United States and China. During the next few years the Partnership is expected to invest up to €340 million into perspective blockchain projects. The European Commission will thereby broaden EU financing of pilot projects in other areas of public interest like eGovernment, eHealth, or eTransport.

EU funded projects
The European Blockchain Partnership has started its work in a promising way. Two blockchain projects are already being funded since its launch including MHDMD and DECODE. The MHDMD project –acronym for My Health My Data – is a blockchain project for ehealth. MHMD thereby works as a platform for medical data. The DECODE project is aimed at improving the security of owning and managing data. It provides tools affording individuals the ability to control whether they keep their personal data private or share it for the public good.

As showed in my previous blog “Banks and the Blockchain Hype cycle: Phase of Disillusionment”, blockchain and distributed ledger technology in general have shown its ups (Phase of Inflated Expectations) and downs (phase of Disillusionment). But the thing that happens now in the EU  is expected to bring the whole blockchain sphere to a next level. Blockchain technology will certainly get an influential boost by the Declaration on the creation of a European Blockchain Partnership signed by 22 EU member countries. They have just proved their belief in the future of blockchain.