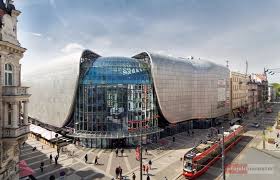 The Employees Provident Fund (EPF) has bought a retail mall in Poland but declined to say for how much or the annual net yield for the investment.

A source from Britain said the EPF bought it for “close to 300mil pounds (RM1.4bil)”. The deal is believed to have been completed in March. London-based Savills Investment Management (SIM) structured the deal. A month back in February, the EPF also, via SIM, bought two logistics assets in the Netherlands, in Rotterdam and Moerdijk. It was the EPF’s second Dutch purchase.

Galeria Katowicka is located in Katowice, about 260km from the Polish capital of Warsaw, and 70km from Krakow, the second-largest city. Katowice metropolitan area has a population of between three and 3.5 million.

The EPF in an email said: “This investment is expected to generate an attractive long-term yield for the investors.”

The investment was made via its property vehicle Kwasa Europe. The vendor is property investment manager Meyer Bergman.

Galeria Katowicka, with a gross floor area of 511,286 sq ft, offers direct access to the rail station and the underground bus terminal.

According to foreign press reports, since its opening in 2013, Galeria Katowicka has enjoyed an upward growth in sales and footfall and double-digit growth in retail sales. It receives between 1.2 and 1.3 million visitors monthly.

It was part of an urban renewal project involving the redesign and redevelopment of an old rail station to create a new one, an underground bus terminal, the Galeria Katowicka mall, an office building and an underground car park.

Property manager Meyer Bergman bought an additional 30% stake in the JV in 2012.

In 2015, it acquired the remaining interest from Neinver and PKP for an undisclosed sum.

Kwasa Europe’s Polish portfolio also includes Gdanski Business Centre office building in the Polish capital of Warsaw and some warehouses in the capital.

Construction and property website Eurobuild said in September 2017 that the EPF, via Kwasa Europe, is seeking to buy two office buildings in addition to what it already owns in Warsaw’s Gdanski Business Centre.

In 2016, the EPF bought some buildings from a Slovakian developer for €186mil.

It is not known if the EPF has concluded this second part of the Gdanski purchase, which comprises two office blocks with a combined gross area of more than 565,000 sq ft.

As for its plan to buy Phase 2 of London’s Battersea Power Station together with Permodalan Nasional Bhd (PNB), the EPF said in the email that “the proposed transaction is still subject to further due diligence”.

Phase 2, which is the actual power station building itself, is expected to be completed by 2020, the email said.

In a joint statement dated Jan 19, 2018, the EPF/PNB said they had entered into a non-binding agreement with Battersea Phase 2 Holding Company Ltd to initiate preliminary negotiations to buy the commercial assets in the actual power station itself for an estimated £1.608bil (about RM8.76bil).

In this latest contact with the EPF, the fund said together with PNB, they are “contemplating to acquire ownership in Phase 2 through a reorganisation of ownership in the greater Battersea Power Station development.”

The EPF said this is “a strategic opportunity to secure ownership of a unique and iconic real estate asset in a global city, which will be able to deliver a sustainable income stream into the future to meet their respective income needs.”

The EPF is part of the consortium of developers, comprising S P Setia Bhd and Sime Darby Property Bhd, in the Battersea Power Station development. The 42-acre project, which started in 2012, has seven phases.