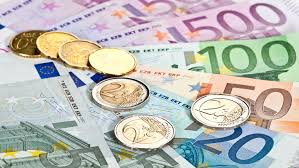 The European Bank for Reconstruction and Development could invest up to EUR 650 million in Poland in the present year, and even more in 2019, EBRD’s Director for Poland Grzegorz Zieliński told PAP.

In an interview for PAP Biznes, the official said: “I think that this year the sum of EBRD investments in Poland will be similar to last year’s and will amount to around EUR 650 mln.”

“We would like to achieve a similar level next year,” he added, “but I hope it will be more, if the financing of renewable sources of energy rebounds.”

This is not unrealistic, because “we see a big, very positive change in the approach to renewable energy sources,” the director stated.

“We hope this change will enable us to get re-involved in very active financing of new renewable capacities in Poland,” Zieliński said, such as “large wind projects, as well as solar projects.” In addition, EBRD is ready to cooperate on financing offshore wind farms – to the tune of more than EUR 100 million next year.

Energy, in general, is an important area for EBRD, and the bank is also interested in “financing gas-fired blocks,” the director noted, given their role in “supporting unstable renewable energy sources.” Other potential projects relate to “energy efficiency in industry and in distribution,” as well as “energy storage, e-mobility, energy-efficient intermodal transport and the insulation of buildings and apartments.”

Moreover, “we want to support the development of the capital market,” the official added, “when it comes to its infrastructure and creating new instruments.”

As Zieliński explained, the EBRD has already “actively promoted mortgage bonds” and is involved “in discussions on the real estate investment trust (REIT)” and “in work on the strategy for capital market development.”

The EBRD was launched in London in 1991 to aid post-communist countries in transformation to a market economy. It now groups 67 countries from five continents, as well as the European Union and the European Investment Bank. Set up also in 1991, the EBRD’s office for Poland – based in Warsaw – is now to become a hub for a wider region, namely all the so-called “advanced transition economies.”