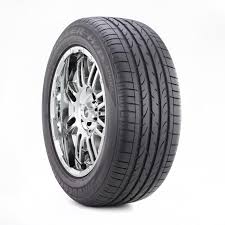 Bridgestone is to invest approximately US$182.5m in its factory in Poznań, Poland, which celebrates its 20th anniversary this year.

One of the largest employers in the region, the plant has produced more than 125,161,500 tires to date. If these were distributed to the residents of Poznań, everybody would receive 232 tires apiece.

The factory’s products are exported to more than 40 countries, and to auto makers including Volkswagen, BMW, Audi, Maserati, Porsche and Mercedes. The factory is also the sole supplier of tires for the Aston Martin DB11.

“Our factory is the only facility in the whole corporation that manufactures B-Silent and B-Seal tires, which are soundproofed using a special technology. Even when punctured they allow the driver to continue on their journey without a loss of compression,” said Roman Staszewski, MD of Bridgestone’s Poznań plant.

In order to meet market demands, the Bridgestone factory in Poznań, which had 26 members of staff at its opening in 1998, now employs about 2,000 people. Some of them have worked at the plant since it was established.

“The fact that they have stayed with us for so long confirms that we are a reliable employer, offering stable employment and taking care of our employees,” added Staszewski. “Working in a factory is typically perceived as a male job but our team is largely composed of women.”

The Bridgestone Poznań plant occupies an area of around 26ha. Staszewski added, “We plan to increase space and manufacturing capacity at the factory in future and have allocated more than US$182.5m (€160m) for this over the next five years.

“This will include the most modern technological solutions, as well as modernization and optimization of our existing manufacturing lines and processes. As part of this, we are planning to increase daily production capacity from 31,000 to more than 40,000.”