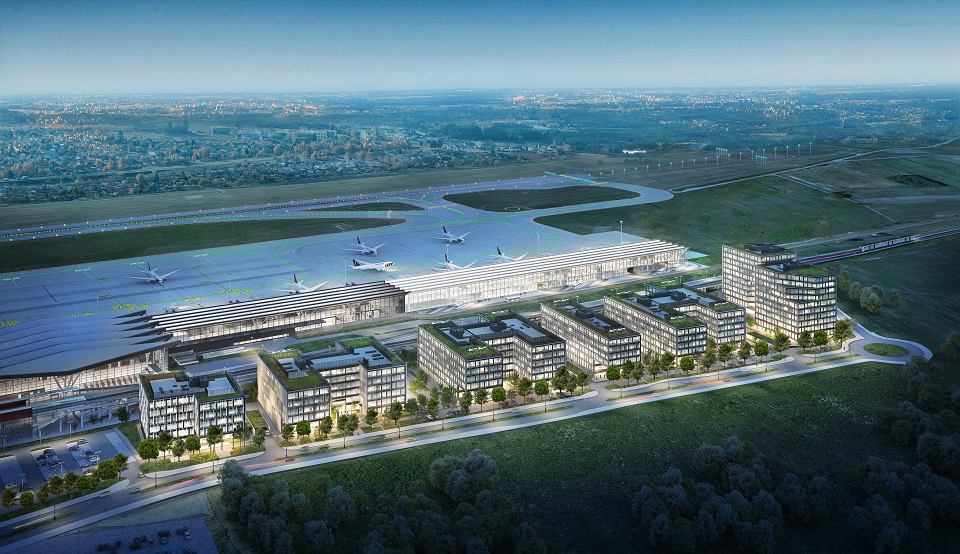 Gdańsk Lech Walesa Airport in Poland has begun work on the construction of its Airport City, a modern commercial investment.

The new complex will be cyclist-friendly and will feature electric vehicles and Mevo bicycles charging stations. The construction of a sport and recreation zone is also planned.

In addition to the existing trees on the site, there will be grasses, ornamental plants and flowers around the office buildings. There will be green observation decks on the roofs, and a vegetable garden next to one of the buildings.

The 8,500m2 (91,500ft2) Alpha building will be completed first. It will have six floors, two underground floors, and 197 parking spaces. Construction is expected to begin in the fourth quarter of 2019 and finish in the second or third quarter of 2021. The 16,500m2 (177,600ft2) Bravo building will be built next. Its construction schedule and commissioning date will depend on the market success of the Alpha facility.

Airport City Gdańsk is a Gdańsk Lech Walesa Airport project and is being financed by the issue of bonds by Bank Pekao and from the airport’s own funds.

“The Airport City Gdańsk project is the investment which, in the long run, will enable the diversification of our revenues. We want it to constitute a significant part of our activity, and to complement the revenue from airport and non-airport activities,” said Tomasz Kloskowski, president of Gdańsk Lech Walesa Airport.