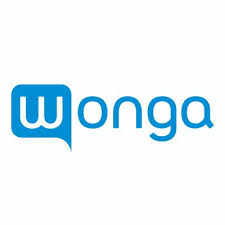 The beleaguered firm, which is scrambling to stay afloat after forking out millions to pay customer compensation claims, signalled it could be on the brink of folding, saying it was suspending new business.

“While it continues to assess its options Wonga has decided to stop taking loan applications. If you are an existing customer you can continue to use our services to manage your loan,” the company said on its website.

Online loan applications through its South African, Polish and Spanish businesses, which operate as separately regulated subsidiaries, are still active. Speculation mounted yesterday that the company had ceased lending after its website was taken down for maintenance.

But last night the board, led by chairman and former RSA chief executive Andy Haste, took the decision to halt new loans.

Wonga’s assets have been depleted by a wave of successful claims by professional claims management firms over its historic treatment of customers.

The Southwark-based firm, which became the poster child for fears over unfair borrowing terms, has reportedly lined up Grant Thornton if it decides to move into administration.

Wonga’s City backers will be queuing up to recoup money ploughed into the group if it goes bust. Kreos Capital, a Mayfair-based lender, is a secured creditor to Wonga after making a  €30 million loan in 2016.

They ploughed £10 million into the group this summer in an emergency fundraising.

Since April around 11,000 complaints related to payday lenders have been made to the financial ombudsman, a 256% increase on the same period last year. Of those, around 6200 have been upheld.

The ombudsman has forced Wonga to refund all interest and charges on loans made to some customers after upholding the complaints.