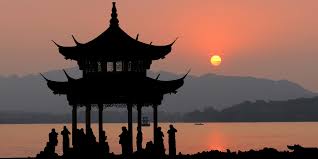 ‘We’re building here for 100 years’: JPMorgan is making a big move into China

JPMorgan has announced plans to set up a new brokerage in China, marking a major advance into the relatively closed market.

The Wall Street bank has applied to set up a new onshore securities business. The bank would own a 51% stake in the new business.

The application must be approved by China’s financial regulators and it is unclear how long this process will take. If and when it gains approval, the new venture will allow JPMorgan to trade Chinese assets on behalf of local clients.

China is in the process of opening up its capital markets to foreign players. New rules for foreign investment in securities firms and fund managers were mentioned last November and formally announced at the tail end of April. Prior to this, Western financial institutions were not allowed to own majority interests in any ventures in the country.

JPMorgan has wasted no time is seeking to capitalise on this untapped business area. The bank previously had a joint venture in China with Shenzhen-listed broker First Capital, in which it owned 33%, but it pulled out of that venture back in 2016. No reason for doing so was given at the time.

Last week, before the venture was publicly announced, JPMorgan’s CEO Jamie Dimon said in an interview with Bloomberg TV that the bank is “building here [China] for a hundred years.”

“One day you’ll probably have a tower here that looks like the tower we have in New York,” he said.

Dimon added that many Western joint ventures in China are “hard to govern, badly run, not very successful and don’t set the highest standards.”

Both Swiss giant UBS and Japan’s Nomura have announced plans for joint ventures in China since the new rules were introduced.