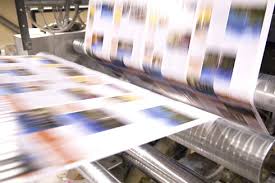 Walstead has made another huge continental acquisition – the group is taking over the €200m (£179m) turnover web offset business in Poland that used to be owned by RR Donnelley.
RR Donnelley’s Polish print wing became part of LSC Communications when Donnelley split into three separate businesses in 2016.

The LSC Poland operation has six sites in the country including three web offset factories, a pre-media operation in Warsaw, and logistics and warehousing facilities. It runs a total of 23 web offset presses and five sheetfed presses and employs more than 2,000 staff.

Last year the business processed 222,000 tonnes of paper, producing work such as retail flyers, magazines and catalogues for more than 400 customers in 34 countries.

Walstead has signed a definitive agreement to buy the business, subject to regulatory approval.

It is the group’s second buy this year, following the completion of the purchase of Austria’s NP Druck at the beginning of this month, and will propel Walstead’s overall sales beyond €730m.

Walstead chairman Mark Scanlon described it as “another transformational deal” for the group.

“The combination of Walstead and LSC Poland creates a business with unmatched geographical reach and production resource to support Europe’s largest retailers, catalogue and magazine publishers and brand owners,” he stated.

“As can be evidenced by our growth in the European printing sector, I firmly believe printed media has a long-lasting place with consumers and provides our customers with a measurable and trustworthy and reliable channel to market.”

The terms of the deal were not disclosed, although LSC Communications said that the transaction would reduce its debt by approximately $60m (£46m), “using a combination of sale proceeds and repatriated cash”.

It said the sale would reduce its adjusted EBITDA by “approximately $12m”.

LSC Poland currently produces some work for the UK market, including the Yell directories that will cease print production in 2019.

However, Scanlon said the business development emphasis was elsewhere. “LSC Poland exports to 34 countries and has a vast battery of presses. We don’t want to cannibalise our existing business, this is about what that business can do for us in central Europe and going east to Russia, which is a big market for them.”

Once the deal is complete, the enlarged Walstead Group will have 19 production facilities across Europe employing over 4,400 staff. The production firepower will encompass 70 web presses and four gravure presses, processing more than 900,000 tonnes of paper a year.

Scanlon said that consolidation was “increasingly necessary to ensure print remains a viable and economical communications medium that can continue to meet the challenges of the digital world”.

Regarding the review by investment banker NM Rothschild into future financing options that could lead to a sale of the business, he commented: “”This is an important and transformational deal that will have a material effect on the size and shape of the group. It will create value for our stakeholders, and any new investor should we decide to go down that route.”

RR Donnelley closed its UK web offset facility at Flaxby Moor at the end of 2015, and the sale of LSC Poland marks the group’s exit from the European printing market.