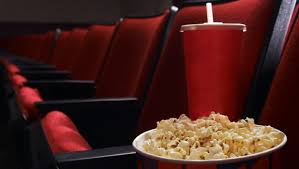 Vue International is buying Cinema3D in Poland and Showtime in Ireland, adding 16 sites to its portfolio. The deal will take Vue Entertainment in the U.K. and Ireland to 89 sites and 855 screens, and the Poland and Baltics Multikino portfolio to 48 sites and 342 screens.

Headquartered in the U.K., Vue has a presence in 10 countries spanning Europe and in Taiwan. It is also planning to build a series of multiplexes in Saudi Arabia as the oil-rich kingdom allows moviegoing once more. The Polish and Irish deals are the latest in its European expansion.

“Since Vue’s inception 15 years ago, the business has grown both organically and through a series of acquisitions, and today we are managing and operating the most respected brands in major European markets and Taiwan,” said Tim Richards, founder and CEO of Vue International. “We remain committed to continued international growth and delivering a premium big-screen experience by owning, managing and developing the highest-quality cinema assets around the world.”

The Irish and Polish deals were carried out by subsidiaries of Vue International and used existing resources, the company said.