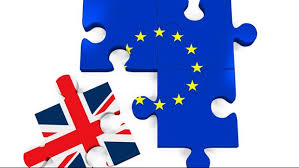 Two British retailers are set to open new European outposts to protect themselves from the potential Brexit fallout.

C&J Clark Ltd., the seller of Clarks shoes, plans to open a distribution centre in continental Europe to shield itself from potential tariffs and other barriers to the cross-border movement of goods after the U.K. leaves the European Union, according to people familiar with the situation.

The Hut Group Ltd., which sells beauty, wellness and luxury products online, is constructing a facility in Wroclaw, Poland, that’s set to employ more than 1,000 people within the next two years. That site was also picked for protection against potential trade hurdles, according to a person familiar with the matter.

The moves show how a lack of clarity over the U.K.’s future trading relationship with the EU is threatening business confidence and hindering potential domestic investment. Leaders of companies in industries ranging from aerospace to retail this week urged Prime Minister Theresa May to get on with key Brexit decisions.

Clarks, which began selling shoes almost 200 years ago, is reviewing two possible locations for its facility, one of which is in Germany, two of the people said, asking not to be named discussing private information. The site will be run by a third-party logistics provider and handle the retailer’s sales to customers in the European Union, a person said.

The shoe seller last year generated 722.8 million pounds ($964 million) in revenue from Europe, including the U.K., about 47 per cent of its total.

Clarks didn’t immediately respond to a request for comment.

The Hut’s Polish facility will eventually handle the bulk of the company’s orders from the EU, which are currently processed by a distribution centre in England, a spokeswoman said. The company “focuses on making infrastructure to better serve our global customers each day” and the Polish facility “should facilitate bringing next-day delivery to our 8 million customers across mainland Europe,” she said in an email.

The Hut, backed by BlackRock Inc. and KKR & Co., is a rare success story in the U.K.’s beleaguered retail sector. In 2017 the company’s sales jumped 47 per cent to 736 million pounds, 70 per cent of which was outside of the U.K. It disclosed plans for the new site in Poland earlier this year but did not cite Brexit as a reason.

The U.K. government is deadlocked over what customs arrangement to propose to the EU, whose negotiators have taken a dim view of options under discussion. If the country leaves the E.U. without a deal, it would revert to tariff arrangements under World Trade Organization rules.

That uncertainty is forcing organizations to act ahead of time. Carmaker Aston Martin Lagonda Ltd. is ramping up spending in the U.S. to hedge against the Brexit fallout, while the European Medicines Agency, which employs about 900 people, is relocating from London to Amsterdam.

The challenges are especially pronounced for British e-commerce firms selling overseas. If Clarks or The Hut handled European orders from the U.K., many products would need to be imported and then shipped out again to customers on the continent. If a product were exchanged, it would need to cross borders twice more.

Asos Plc, the U.K.’s largest online-only fashion retailer, has said it may handle more of its distribution activities out of Germany if the U.K. leaves the European customs union.