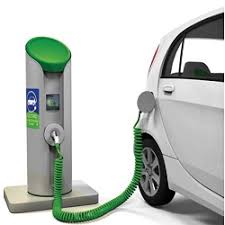 The battle for low carbon cars: Round 2

The debate on CO2 targets for cars and vans in Europe by 2030 is shaping up to be another epic fight, write Greg Archer and Julia Poliscanova.

There is a long history of bruising Brussels battles between left and right, or NGOs and industry, over car emissions rules with millions of tonnes of emissions savings and billions of euros in investment at stake.

The co-decision for the European Commission’s proposal for post-2020 car and van CO2 targets is shaping up to be another epic fight and a flick through MEPs amendments show strong divisions both between and within political groups.

Member states are equally divided with Germany sitting on the fence and new, less corporate friendly, Governments in Spain and Italy expected to change the complexion of the Council debate.

The Commission proposal, made in November 2018 was described by T&E as “an early Xmas present to the car industry.” But the rapporteur Miriam Dalli’s report in the Parliament’s lead Committee on Environment, Public Health and Food Safety (ENVI) was as good for the environment as the Commission’s proposal had been for the car industry.

MEP Dalli strengthened the 2030 target from 30 to 50%; reinserted a CO2 penalty for failing to meet the low and zero emissions vehicles target of 25% by 2025; and proposed to close test loopholes. Now other MEPs have had their say with amendments published today.

The Greens, unsurprisingly, proposed an even tougher reduction target, 70% from 2021-30 that independent analysis shows is needed to remain on track for 2050 climate goals. They also called for a zero emissions vehicles mandate. On this vote Greens will be joined by the Italian 5-Star Movement and some GUE/Nordic Green left members whose views are divided between the need to preserve automotive manufacturing jobs and reducing emissions.

Socialists and democrat (S&D) members have broadly fallen into line with their Rapporteur, calling for higher 2025 and 2030 targets, better tests and stricter sales goals for electric vehicles. Some Romanian members, influenced by Dacia, propose to delay the 2025 target by one year. Some Italian socialists want to give credits to cars run on renewable fuels – already rewarded under the Renewable Energy Directive – in a move to support Fiat who until last Friday were betting on natural gas but now plan to go electric!

The vote of the liberal ALDE group, always important to secure a red-green majority in the Parliament’s environment committee is, as usual, split as illustrated by contrasting amendments tabled by the shadow rapporteurs and other members in all of the three committees involved. As expected, German ALDE MEPs Meissner and Muller are car industry bankers proposing to delete the 2025 target, the car industry’s top objection. In contrast Nils Torvalds (ALDE ENVI Shadow) proposes to strengthen the 2025 goal to 25%.

The principal opposition to the Rapporteur comes from Jens Gieseke, a German MEP from the right-wing European People’s Party (ENVI shadow) who had previously indicated he would only propose “little tweaks” to the Commission’s proposal to ensure an agreement in this Parliamentary term. However, his amendments (supported by some EPP Italian and Polish MEPs) instead of match the car industry demands to delete the 2025 target and lowering the 2030 goal to 25%.

Like his German ALDE allies, Gieseke wants increased rewards for selling low emission vehicles. Gieseke’s stance can be viewed as tactical in opposition to the ambition of Dalli and the ENVI debate on her report shows EPP is also divided. Group coordinator in ENVI Peter Liese, supported by a number of German, Dutch and Belgian colleagues, wants the 2025 goal retained; and Karl-Heinz Florenz, another German MEP from the EPP group, hinted at a compromise with S&D around a 40% 2030 reduction. As a result, Gieseke can be expected to moderate his position in future negotiations.

John Procter, shadow rapporteur in ENVI for the European Conservatives and Reformist sgroup (ECR), has been largely missing from Brussels for months so the UK pigeon confirming he is in favour of electric cars and ambitious regulations clearly couldn’t find him! Procter deleted the target for 2025 and lowered that for 2030 to 20% for cars (15% for vans)!

Most MEP amendments focus on CO2 targets and incentives for low and zero emissions vehicles. A cross-group coalition also tabled revisions, like the Rapporteur, to close testing loopholes. Recent T&E analysis highlights this could half the stringency of the 2025 target through carmakers double testing cars and declaring high test values on the new WLTP test to inflate the 2021 baseline, whilst using distorted old NEDC tests to comply with 2020/1 goals.

With Member States also raising concerns on test abuses the Commission will be under pressure to strengthen its inadequate proposal that focused only on reporting the results of fuel consumption meters.

Other issues receiving a raft of amendments are whether to give additional allowances for low carbon fuels. The Commission proposal based on tailpipe emissions is supported by all the main stakeholders but a coalition of gas and oil companies, Audi (pushing synthetic fuels) and the biofuels lobby continue to push for double subsidy for the same effort through both vehicle regulation and the Renewable Energy Directive recast. Other topics likely to feature in future discussions are whether to persist with additional allowances for heavier cars.

The vote in Parliament’s environment committee is scheduled for 10 September, with the Plenary a month later. Battle lines are now clearly drawn: the 2025 target seems assured but reaching a compromise amendment on 2030 may prove tricky.

With ambivalent support from the liberals (ALDE) on incentives for electric vehicles and the Greens pushing for a mandate, skillful negotiation will be needed on how to reward, and whether to penalise companies failing to achieve a sales benchmark for low and zero emissions cars, especially how to count plug-in hybrid cars. Strong action to close loopholes in tests looks very likely given cross-party support.

In Council, new Governments in Spain and Italy are likely to swing the balance of power towards the coalition of nine member states, led by France, favouring a 40% reduction; these countries are likely to be joined by other smaller nations without auto-industries during the forthcoming Environment Council. The opposition camp is currently led by a block of carmakers best friends (Czech Republic, Slovakia, Hungary and Romania) with the latter holding the presidency if the trilogies extend into 2019.

German Ministries are still fighting amongst themselves but the new environment minister has clearly understood that Germany will struggle that to achieve its domestic 40-42% target for 2030 transport emissions reductions, and suggests a 50% reduction in 2030, 25% in 2025 and and a binding 25% benchmark for low and zero emission vehicles in 2025 paired with a malus for carmaker underachieving their sales targets. This is a more ambitious goal than the Commission proposed, that she will need to defend to her economics and transport colleagues.

There are also worries that European carmakers are investing preferentially in China rather than Europe, notably VW that recently committed €15 billion.

The closeness between German politics and carmakers has been disrupted by recent scandals. Germany needs to speed up its decision making. Its inability to form an opinion in time was the main reason for its late and highly contentious intervention to block a trilogue agreement on the 2020 target that eventually led to a one year extension. If they don’t make a decision soon they will be playing catch up again! Decisions in the Chancellery will undoubtedly have a huge influence on the final outcome of this regulation.

The Council debate is likely to focus on the targets and with blocking minorities both in favour of and against higher 2030 reductions. It may be that Council is unable to make a decision and instead propose a range for 2030 with the review to agree the exact target in 2022 along with that for trucks.

This would also enable the industry to evaluate the take-up of electric cars, and for more ambitious goals to be proposed if the market takes off and sufficient recharging points are put in place.

The risks of trench warfare

Historically, Commission proposals were weakened rather than strengthened in co-decision, but recently decisions on the Emissions Trading Scheme (ETS), Effort Sharing, energy efficiency and renewables have all been strengthened.

This regulation seems another in which the Commission appears to have misjudged the ambitious of co-legislators. But the three institutions will have a tricky job concluding this contentious legislation before MEPs and the Commission are renewed. With Parliament elections looming in summer 2019 the decision will need to be concluded in early 2019 to avoid a long and frustrating delay which would create uncertainty for Europe’s automotive industry.

The Commission is already agitating for a quick decision. Following the original proposal, T&E acknowledged it was a goal down at half-time. But with a constructive Rapporteur and changing dynamics in Council, progressives have undoubtedly equalised early in the second half. Whether either side can secure a decisive strike in 90 minutes remains to be seen – but extra time and penalties need to be avoided!