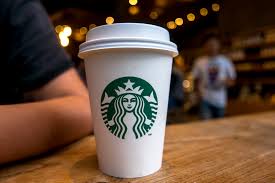 Starbucks to make German outlets chicer together with Amrest

Starbucks is feeling the heat from global rivals and is responding by going upmarket. In Germany, it’s trying to resume its stalled growth with the help of Polish catering group Amrest.

Germany, Europe’s biggest coffee market, is something of a white spot on the global Starbucks map, accounting for just 144 of the group’s 28,000 outlets. China, the country of tea, already has 3,200 Starbucks, with 800 added in the past five years.

The coffee giant’s once-grand plans for Germany had ground to a halt. In fact, some outlets closed. But it plans to change that with the help of Poland’s Amrest group, which bought Starbucks’ German outlets two years ago for €40 million ($46.7 million). It’s a deal that gives Starbucks a continued say in store presentation and product ranges.

Starbucks hopes the combination of US marketing and Polish pragmatism will give it an edge in a hotly contested market. The chain faces mounting pressure from rivals such as Coca-Cola, which has just bought the British Costa chain of coffee shops, as well from Nestlé and JAB Holding, the investment arm of Germany’s billionaire Reimann family.

Starbucks is responding by going upmarket, with refined decor, rare coffee beans and vegan food in an attempt to ditch its paper-cup fast-food image — pricey though its products may be. It entered the lion’s den earlier this month when it opened the Starbucks Reserve Roastery, a 2,300 square-meter coffee palace in Milan, the homeland of espresso.

It has taken a similar step in Düsseldorf with the opening of a store on the city’s showcase boulevard, Königsallee, with an elegant, dark-wood design, retro-style furniture and rare brews from Rwanda and Malawi alongside the familiar frappuccinos and decaf lattes. Starbucks has already opened similar flagship outlets in Frankfurt and Munich and plans more in Germany.

Amrest is a heavyweight in the fast food industry and runs 1,770 chain restaurants under the Kentucky Fried Chicken, Burger King, Pizza Hut, La Tagliatella, Blue Frog and Starbucks brands in 16 countries. The listed company, set up in 1993 by American entrepreneur Henry McGovern, generated some €1.3 billion in revenue in 2017 and earned €44 million. The company is majority-owned by a Mexican private-equity fund and plans to open 600 further restaurants worldwide this year.

“There are many cities we would like to bring Starbucks to,” Mr. Kaineder said. Starbucks cafes have recently opened in Ulm and Augsburg and five more are planned by the end of the year.

The grand new stores, called Starbucks Reserve, are only part of the growth plan. Ordinary outlets are also being stocked with new snacks and meals.

It takes more than snacks

Industry insiders warn that it will take more than a handful of even more expensive coffees, vegan snacks and streamlined cost planning for Starbucks to breakthrough in Germany.

Martin Schäfer, who runs the “Rösterei Vier,” a traditional German cafe in Düsseldorf, isn’t worried about the chain. “No, even the new Starbucks isn’t giving me sleepless nights,” Mr. Schäfer said sipping a brew made from beans grown in Yemen.

He said his customers appreciate his efforts to buy beans straight from his partners in Zimbabwe and Malawi, and as long as that business model works, there is no need to fear the coffee company from Seattle. “Even Starbucks can’t scale authenticity,” he said.