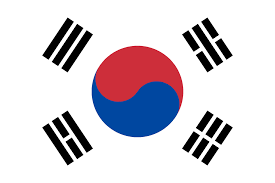 South Korea investment in Poland now surpasses that of China

South Korea has invested more in Poland for the first time in the history of the Polish Investment and Trade Agency (PAiH).

The value of South Korean investments in Poland is close to 1.9 billion euro, almost 500 million more than Chinese investment in Poland for 2017.

However, the monetary value of investments is not everything, according to a press release from the PAiH. While it does help the economy, the creation of jobs is equally if not more important. JP Morgan’s investment in Poland will create 2,500 jobs in the country’s capital, which is three times as many jobs created by a new LG Chem factory, set to become the largest electric vehicle battery factory in Europe later in 2018. More than 1.3 billion euros is being invested un the factory.

“LG has chosen Poland as the most competitive location for production to satisfy the needs of European and global car producers,” Chang-Beom Kang, vice president at LG Chem told Reuters.

“The LG Chem factory brings a new quality in direct investments in Poland, which is a milestone in the development of electromobility. Thanks to the LG investment, Poland will become the main centre for the production of lithium-ion batteries for the automotive industry in Europe,” said Mateusz Morawiecki, then deputy prime minister and minister of development and finance at the commencement of the plant’s construction in October 2017.

The new factory is ideally located to supply the Volkswagen Group, which plans to invest more than 20 billion euros over the next 12 years into zero-emission vehicles: the factory is 190 kilometres away from the German border. LG Chem Poland will be manufacturing the batteries for the Volkswagen’s ID family of cars.

Krzysztof Senger, executive vice-president of PaiH, says that the vast majority of investment in Polish industry is currently heading for the electromobility sector.

“If all of these investments are implemented, Poland will become the European leader in this industry, with a fully developed ecosystem of producers and sub-suppliers,” says Dr Senger, who add that almost two thirds of all FDI in this sector are from South Korean investments.

In addition, FDI from South Korea, China, Japan, Taiwan, Singapore, India and the UAE account for half the value (over 3.7 billion euro) of all 177 investment projects in Poland. Which supports PAiH’s strong push to establish more offices in Asia.

“We already have more than a dozen trade offices in Asia. Ultimately we will launch about 20 in the region. Their task, in addition to supporting Polish companies, is attracting foreign investors. We are counting on even greater interest of Asian companies in Poland, ” Dr Senger concludes.