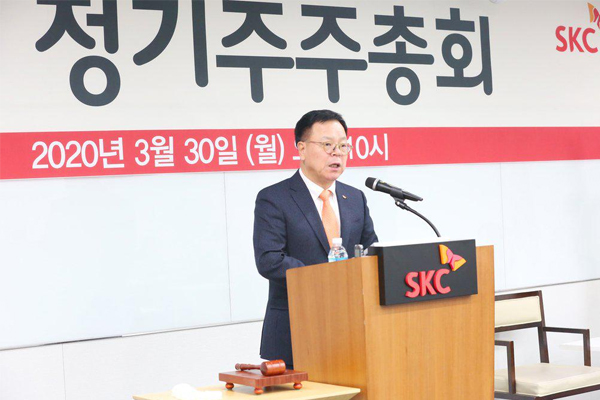 SKC, a chemical unit of South Korea’s No. 3 conglomerate SK Group, said Thursday it will spend 900 billion won ($760.7 million) to build a battery copper foil factory in Poland, as part of efforts to expand its market presence in Europe.

SKC and its battery copper foil-making subsidiary SK Nexilis signed the deal with the Polish authorities to construct a copper foil manufacturing facility in an industrial complex in the southeastern city of Stalowa Wola by 2024, SKC said.

Copper foil is as thin as one-fifteenth of human hair and is used as the anode current collector of the lithium-ion battery cell, which is used in electric vehicles (EVs). The factory will have an annual production capacity of 50,000 tons. The construction will break ground in the first half of next year.

The Stalowa Wola e-mobility complex is a future industry zone designated by the Polish government under a special law that came into effect in August. It is situated in close to major global lithium-ion battery manufacturers, according to SKC. The investment in Poland will give a boost to SKC’s market presence in Europe, the largest EV market in the world, SKC said, adding that it plans to increase its production in the region to 100,000 tons a year.