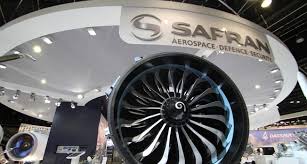 Safran has inaugurated a new turbine blade facility in Poland, as part of the ramp-up of LEAP engine production.

Safran has officially inaugurated a new turbine blade facility in Poland, as part of the ramp-up of LEAP engine production.

The new facility will produce low-pressure turbine blades for the LEAP turbofan engine from CFM International, the 50/50 joint company between GE and Safran Aircraft Engines. CFM International plans to deliver some 1,100 engines this year, rising to an annual rate of 2,000 starting in about 2020.

Safran has invested around €48m in this new 8,000m2 plant, outfitted with machinery and equipment to keep pace with very high production rate targets. The plant is located in Sędziszów Małopolski, southeast Poland, in the heart of Aviation Valley, the country’s center of aeronautical expertise.

Safran set up its first plant in Poland in 2001, Safran Transmission Systems Poland. Over the years, Safran has invested more than €180m in industrial facilities in the country and now has over 1,000 local employees, making it the third largest employer in Aviation Valley.