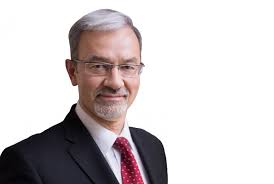 Trade between Poland and the United States increased by about 20 percent last year, a US official has said.

The figure marked the best result “in the history of mutual diplomatic relations,” John Lowell Armstrong, economic counselor at the US embassy in Warsaw, said, speaking in Polish.

Speaking at a debate in the Polish capital on Thursday, Armstrong added that, according to the American Chamber of Commerce, US companies have invested about USD 42 billion in Poland since 1990.

According to Kwieciński, Polish-US relations are exceptionally strong because they are based on a shared history, a thriving Polish community in America and common challenges that America, Europe and Poland face in the contemporary world.

The Warsaw debate was held by the conservative Gazeta Polska weekly as Poland and the United States mark 100 years since they established diplomatic relations and started business cooperation.

America was the first country to recognise Poland’s independence after World War I.

The US embassy in December launched celebrations of the centennials of Poland regaining independence and the establishment of US-Polish diplomatic relations.