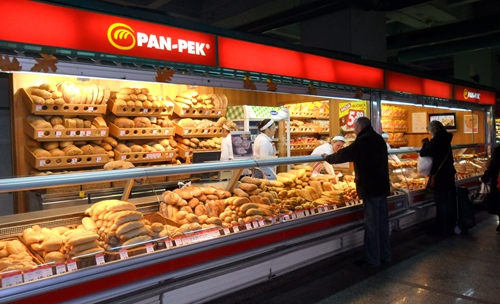 EI will team up with Ivan Parac, the founder and CEO of Pan-Pek, to facilitate the company’s dynamic future growth, EI said in a statement on Tuesday.

“We are convinced that the bake-off market in Croatia will develop on the back of continuous growth of the modern food retail channel. Under Ivan Parac, who is an exceptionally experienced and skilled entrepreneur, Pan-Pek will strengthen its leading position in the Adriatic region”, said Michal Kedzia, partner at Enterprise Investors responsible for the investment. “In addition, we believe that in the next five years we will significantly expand Pan-Pek’s retail operations”, he added.

The value of the transaction was not disclosed.

Pan-Pek was established in 1992. Today it is one of the biggest producers of frozen bakery products in the Adriatic region, serving modern grocery retailers in Croatia.

Pan-Pek also operates its own network of bakery outlets numbering around 50 stores, predominantly in the Zagreb area.

Enterprise Investors is one of the largest private equity firms in Central and Eastern Europe. Active since 1990, the firm has raised nine funds with total capital exceeding 2.5 billion euro.