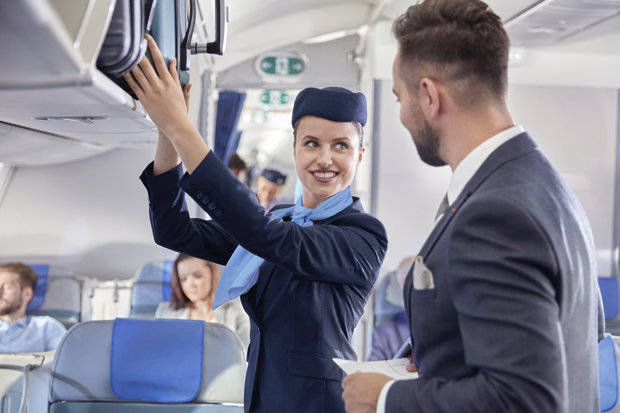 On May 3rd, 2019, Germania Flug AG (GM/GSW), the former subsidiary of the defuncted German airline Germania (ST/GMI), announced that the Polish airline Enter Air (E4/ENT) bought 49.9 percent of the shares from Albex Aviation. The remaining 50.1 percent of shares stay with Albex Aviation. Albex Aviation is managed by Leyla Ibrahimi-Salahi, a Swiss businesswoman and CEO of Air Prishtina. Germania Flug AG was originally 40 percent owned by Germania, however, due to the bankruptcy of the German airline in February, the Swiss subsidiary moved entirely into the hands of Leyla Ibrahimi-Salahi and her Albex Aviation. The contract has a value of approximately PLN 7.7 million (EUR 1.8 million). It also includes an option to take over the future line control package. The investment will be made with Enter Air’s own funds. The contract includes a call option entitling Enter Air to take up additional Germania Flug AG shares, potentially up to 80 percent.

Enter Air is Poland’s largest private airline, founded in 2009, with a current fleet of 21 Boeing 737-800 and two Boeing 737 MAX 8, but these two are currently stored after the worldwide grounding after the second total loss of this particular type. Germania Flug AG is operating with three Airbus A319-100.

“Entering the German-speaking market was one of our goals. We were looking for the right entity that would have a license, contracts with travel agencies, airport slots and professional management. The Swiss company has all this, gives us access to the lucrative Swiss tourist transport market, and in the future to other German-speaking markets where we are not yet fully present”, Grzegorz Polaniecki, a member of the Enter Air Management Board, said. “Using our proven low-cost business model and relations with leading tour operators in Switzerland, Germania Flug’s managers will be able to significantly increase the scale of operations of the acquired company” he added. He counts on “cost synergies associated with increasing the scale of operations in the markets on which both lines fly”.

“Initial talks with Enter Air took place some time ago and have been part of our strategy since the beginning of the insolvency of the Germania Germania Fluggesellschaft mbH. With Enter Air, we have found a strategic partner. Enter Air has a fleet of 23 aircraft with which they operate their entire operation. As a result, essential synergies can be achieved for an airline of our size, which is a great advantage for our market and our customers,” Urs A. Pelizzoni, Board Member of Germania Flug AG, explained.

Two weeks ago, Germania Flug AG announced it would reduce its flight schedule, as the airline could only start with three instead of four aircraft into the summer season. The destinations Agadir, Fuerteventura, Funchal, Ibiza, Corfu, Las Palmas and Tirana were removed from the flight schedule.

Besides these developments, the airline has been working on finding a new name for some time as Germania Flug AG sounds anything but Swiss. Two weeks ago the airline had a brand protected for itself: the name “CH Air” has been entered in the Swiss trademark register. Although the name “CH Air” evokes more Swiss associations than Germania, it is unlikely to be the final version. “Germania Flug AG has announced a pitch for rebranding as part of its transformation process. As part of this tender, various brand names were registered by both Germania and the participating branding agencies”, Urs A. Pelizzoni said in a statement.