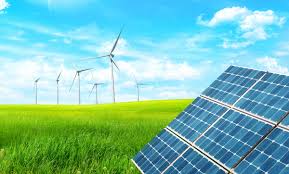 Polenergia has wind, solar and biomass projects ready for auctions

Polish energy company Polenergia SA is preparing 185 MW of onshore wind projects for auction, it said earlier this week on announcing results for the first quarter.

Wind projects in Debsk, Szymankowo, Kostomloty and Pieklo are at the final stage of development with construction permits in place. The company is also preparing for auction 40 MW of solar projects, for which it has acquired land rights and a 31-MW biomass project with a permit and connection agreement. Polenergia noted that it might be possible to attract an investor for the latter project before or after winning the auction.

The company’s operational wind farms produced almost 169 GW in the first quarter of 2018, down by 4% year-on-year because of weaker winds. Still, earnings before interest, tax, depreciation and amortisation (EBITDA) in the wind segment grew by PLN 2.7 million (USD 741,000/EUR 636,000) to PLN 23.3 million. The improvement came thanks to higher prices for the sale of green certificates and lower operating costs, and in part offset EBITDA declines in other businesses of the company.

In March it was announced that Norwegian oil and gas group Equinor , former Statoil, had agreed to buy from Polenergia 50% in the early-stage offshore wind projects Baltyk Srodkowy II and III, with a combined planned capacity of 1.2 GW. This week the Polish group said two conditions precedent have already been satisfied — an increase of the share capital has been registered and the Office of Competition and Consumer Protection has given the go-ahead to the transaction. Thus the final investment agreement with Equinor could be signed as early as on May 22, Polenergia said.