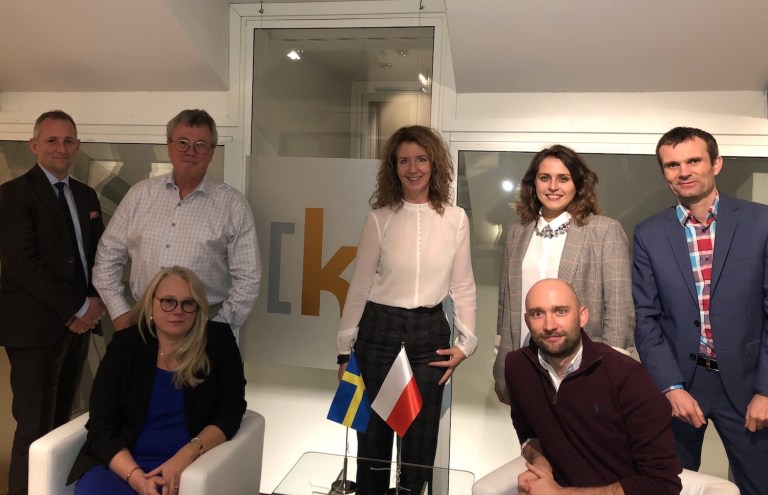 Summa Linguae has acquired Nordic language service provider Kommunicera, headquartered in Gothenburg in southwestern Sweden. Summa Linguae paid a total consideration of SEK 17.5m (USD 1.95m), which amounts to five times EBITDA but less than half times revenue. The deal was closed on November 20, 2018 and was financed with Summa Linguae’s own funds and new debt.

The figures are consolidated to include pro-forma revenues for Kommunicera (2018) and Mayflower (2017 and 2018), an Indian LSP that Summa Linguae took a 100% stake in last September 2017 following an initial 25% share swap.

To find out more about the acquisition, Slator spoke to Summa Linguae CEO Krzysztof Zdanowski, who described the two companies as “almost identical” in terms of their customer base, service offering and approach to technology. Yet the two had “virtually no” customers overlap, Zdanowski said.

Poland-headquartered Summa Linguae is listed on the Warsaw Stock Exchange and has a client base in government, e-commerce, retail, and also works across the e-learning / multimedia and IT verticals, while Kommunicera is primarily focused on e-commerce and retail customers. Summa Linguae also has a staffing unit that brings in USD 2m annually, Zdanowski said. In addition, both companies work with direct customers who have a typical annual localization spend of between USD 400,000 and USD 1m, and neither company derives much income subcontracting from other language service providers.

Expanding into the Nordics

Sweden-headquartered Kommunicera’s stronghold in the Nordics was of particular appeal for its new owner since Summa Linguae wanted to expand into the region, Zdanowski said.

“Scandinavia is a very important geography in our industry,” Zdanowski emphasized, an opinion almost certainly shared by Benjamin du Fraysseix, CEO of Technicis, who also entered the Nordic region recently through the company’s October 2018 acquisition of Finland-based AAC Global.

Following its acquisition of Kommunicera, Summa Linguae will have 140 employees located across seven offices in India, Poland, Romania, Sweden, Finland, Denmark and Norway,  Zdanowski said. Kommunicera co-owners Maare Tomson Ollin and Johan Laestadius, who was also its founder and CEO, will both be “retiring after a short transition period,” Zdanowski confirmed. Summa Linguae has also brought in a new MD for the Nordics in the form of Lea Backhurst, former Head of LanguageWire’s Sweden Office.

Zdanowski said that Kommunicera and Summa Linguae will be brought together under one brand, and the new company will be renamed “Summa Linguae Technologies”, a nod towards the increasing role tech plays in the language industry.

Summa Linguae will soon begin the work of integrating technologies. The company will keep working with all of the current translation productivity (CAT) tools used by Summa Linguae (XTM and Trados) and Kommunicera (MemoQ), but the decision of whether to keep Kommunicera’s proprietary translation management system (TMS) or move to Plunet, which Summa Linguae currently uses, still needs to be finalized.

The company will also keep developing its customized API integrations, which Zdanowski says are “mainly tailored for the e-commerce and retail industries” and are designed to bring neural machine translation (NMT) and other complex solutions to “automated multilingual help desks, ticketing systems and live chat tools.”

Zdanowski is a strong proponent of NMT and says that the company’s business model is already focused on “MT and its continuous development.” As such, Summa Linguae views the new customizable NMT solutions, such as those of Google and Microsoft, as an opportunity rather than a threat. “We see the rapid development of MT as extremely exciting,” Zdanowski said, since “we build our MT products mostly around off-shelf solutions, including Google’s engines.”

“We build our MT products mostly around off-shelf solutions, including Google’s engines.”

Although Zdanowski thinks that “NMT systems are much more fluent than SMT systems”, he also predicts that “many LSPs will still stick to SMT for a while because NMT engines need to be retrained with customer data, as long as that hasn’t happened, the trained SMT still performs better than the untrained NMT.”

Zdanowski also identifies another big challenge that still needs to be overcome in order for NMT to become more successful and less risky in a real-life production environment. The same thing that makes NMT so good, its level of fluency, can also be its greatest weakness, and translators “may not spot all that needs to be fixed, because they are misled by natural fluency,” Zdanowski warned.

The same thing that makes NMT so good, its level of fluency, can also be its greatest weakness, and translators “may not spot all that needs to be fixed, because they are misled by natural fluency.”

Whereas current tools “basically import MT output and let the translators do their thing without any assistance,” what is actually needed, Zdanowski suggests, is “quality control tools that are much smarter” and can “point to where there might be a problem.” One way of doing this would be to “use substring lookup in TMs to find probable issues in the MT output,” Zdanowski added.

Along with its interest in NMT, Summa Linguae is also betting on Blockchain, the technology powering Bitcoin and other cryptocurrencies. Zdanowski told Slator that Summa Linguae has provided USD 1m in seed funding to Exfluency, which is attempting to launch an ICO.

According to Zdanowski, “Exfluency is waiting for [Swiss regulatory] approval of their token classification and as soon as ready will commence its ICO – private placement is planned for January-March 2019, then the crowd-sale ICO should begin, but due to the highly unregulated and changing (crypto)environment this can again change.”

On the state of the minimum viable product, Zdanowski said that “the first version should be out by January 2019, but it will rather be a show-case prototype than a fully functional platform.”

Looking ahead, “Summa Linguae Technology will continue to base its value proposition on technology, mainly blockchain, AI and NLP,” Zdanowski said. With funds committed already, Blockchain, as well as NMT, will continue to play a big part in Summa Linguae’s strategy moving forward. As will future geographic expansion by the sounds of it, and Zdanowski says that Summa Linguae “is also actively looking to acquire or merge with a US/Canada based LSP, ideally in the size of USD 7-10m in revenue.”

“Summa Linguae Technology will continue to base its value proposition on technology, mainly blockchain, AI and NLP.”

On this latest Kommunicera deal, Summa Linguae was represented by Nordia Law (in the Nordics) and CK Legal (in Poland), and Enterium provided M&A and Financial services. The companies were introduced by Anne-Marie Colliander Lind (Inkrea.SE Consulting), who also acted as the M&A broker for Kommunicera.