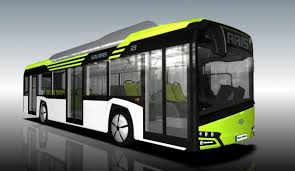 The Polish government has adopted a new law on electromobility aimed to turn Poland into an e-mobility leader in Europe. The country wants to have 1 million EVs on the road by 2025. Already home to electric bus manufacturing plants and a big EV battery plant, Poland is set to become the motor for electrifying transport in Europe. “We are really pioneers”, says Marta Gajęcka, Head of Energy Advisors to the President of the Republic of Poland, in an exclusive interview with Energy Post.

At first glance, Poland seems like an unlikely candidate to become an industrial powerhouse based on electric vehicles. The country had only 324 public charging stations available in 2016, compared with around 7,000 in the UK. About 1,068 EVs were sold in 2017, up from 556 in 2016. Contrasting with this apparently unpromising start, the Electromobility Development Plan adopted by the Polish Council of Ministers in 2017 plans for one million EVs on the road by 2025.

Earlier this year, new legislation in the form of the ‘Act on Electromobility and Alternative Fuels’ was approved by lawmakers, setting out the legal framework for Poland’s EV ambition.  “There are not so many countries who are putting e-mobility forward as a central component of policy, we are really pioneers in this way,” says Marta Gajęcka, Head of Energy Advisors to the President of the Republic of Poland, in an interview with Energy Post. “Electrifying transport has the potential to enable cheaper and more reliable access to mobility. Electro-mobility forms a central component of the EU’s ambition to decarbonize its economy in line with the Paris Agreement,” she adds.

“It’s also closely connected to energy security and reducing dependence on oil imports,” says Gajęcka. Poland is almost entirely dependent on imported oil, most of which comes from Russia (76% in 2017, down from 96 % in 2012), to meet transport demand.

Charging as a service

Cleaner air is also a motivating factor: Poland is among the many Eastern European countries struggling with severe air pollution. On 22 February 2018, the European Court of Justice concluded that Poland had failed clean air obligations and infringed EU law (for PM standards). Gajęcka comments: “Air pollution is a big problem, especially in urban areas. Transport is of course a factor, but energy poverty in terms of home heating is a serious problem. People use poor quality fuels to heat their homes and this is a big contributor to smog.  We are working on new measures to cope with poor quality fuel use as well as with energy poverty. Electrifying transport is one of many steps towards solving the problem.”

The new Act is the first set of rules in Poland on electrifying transport and is intended to promote electromobility and alternative fuel vehicles. It transposes a key European directive [Directive 2014/94/EU of the European Parliament and of the Council of 22 October 2014] on the deployment of alternative fuels infrastructure.

The Act defines basic terms such as charging point, charging station, electric vehicle and alternative fuels. Most importantly, it establishes a framework for building a basic alternative fuels infrastructure (including electric energy, LNG, CNG and hydrogen) and vital administrative benefits for the development of such infrastructure. For example, according to the new legislation, a building permit will not be required for charging stations or charging points. Nor will the charging of electric vehicles be regarded as a sale of electric energy under existing legislation, and consequently, electricity supplier licenses will not be required.

“This sets the framework for introducing ‘charging as a service’,” says Gajęcka. “The idea is to create the right conditions for businesses to invest in e-mobility.”

Unlike other European countries such as Norway, there is no grant incentive for EV take-up. However, the Act does provide for the abolition of excise duties on electric vehicles, no property taxes for charging points, the use of bus lanes for electric cars and free parking in cities.

With the new legislation, local authorities are mandated to play an important role in the rollout of electromobility. “Under the Act, e.g. administration in regional authorities (below 50 000 habitants) must ensure that a minimum of 30 percent of their fleet is electric, the same should be the share of electric buses in these regions” notes Gajęcka. To support these developments, subsidies are on offer for the construction of the charging infrastructure for public transport and charging stations for electric vehicles that are used by the local authorities. The market is already moving: in 2017, the Polish Development Fund (PFR) (along with several ministries, amongst others) signed an agreement with 41 local governments for the purchase of 780 electric buses.

Poland’s e-mobility ambition is also supported by the presence of global advanced materials company LG Chem which has an EV battery plant near Wroclaw in Poland, currently operating with an annual production capacity of 100,000 batteries. Anticipating a massive shift to electric cars from European automakers during the next decade, LG Chem plans to soon triple the annual production capacity to 300,000 units. In addition, Impact Clean Power Technology, a domestic battery producer, is a major player in e-bus battery production in partnership with key bus OEMs, including Solaris. And Polish manufacturing is making its mark in the electric bus market, with companies such as Solaris, Ursus and Solbus.

The electric version of the Solaris Urbino 12 won the accolade of the bus of the year 2017 at the IAA [Internationale Automobil-Ausstellung] motor show in Germany, the first time a Polish vehicle or a battery-driven one has won the contest since it was inaugurated in 1989. “Next year, twenty-five electric buses made by Solaris will be running in Brussels,” says Gajęcka.

Regarding the target of one million EVs by 2025, Gajęcka says: “The current reality is that the Polish automotive industry accounts for 8% of GDP. Despite the lack of Polish brands, many cars around the world contain parts made in Poland. Increasing the automotive industry’s share of GDP through supporting e-mobility will be an important measure of success.”

Gajęcka says: “Obviously e-mobility will be good for our sector. It’s also part of a changing business model for electricity suppliers. All utilities are facing the issue of how to manage change in our energy systems. Increasing storage capacity will be necessary and the prospect of EVs as a part of storage, demand response and helping to balance the system is important for us.”

“Our intention is to show that Poland is doing everything we can to make e-mobility a reality. Already we have a Polish manufacturer that is a real player in the electric bus market, now we want to show that we can be a player in the EV market and make a real contribution to reducing transport emissions.”

Road transport contributes about 20% of the EU’s CO2 emissions, and it is the only major sector where emissions today are well above 1990 levels. While emissions from other sectors fell 15% between 1990 and 2007, transport emissions increased by 33% over the same period, and have started falling only recently due to high oil prices and higher fuel efficiency standards.

“We want to participate strongly in Europe’s efforts to decarbonize on condition of commercial availability of key transition technologies, taking into account different starting points of Member States, and in developing e-mobility,” says Gajęcka. “We are part of the system – and we really want to show what we can do.”