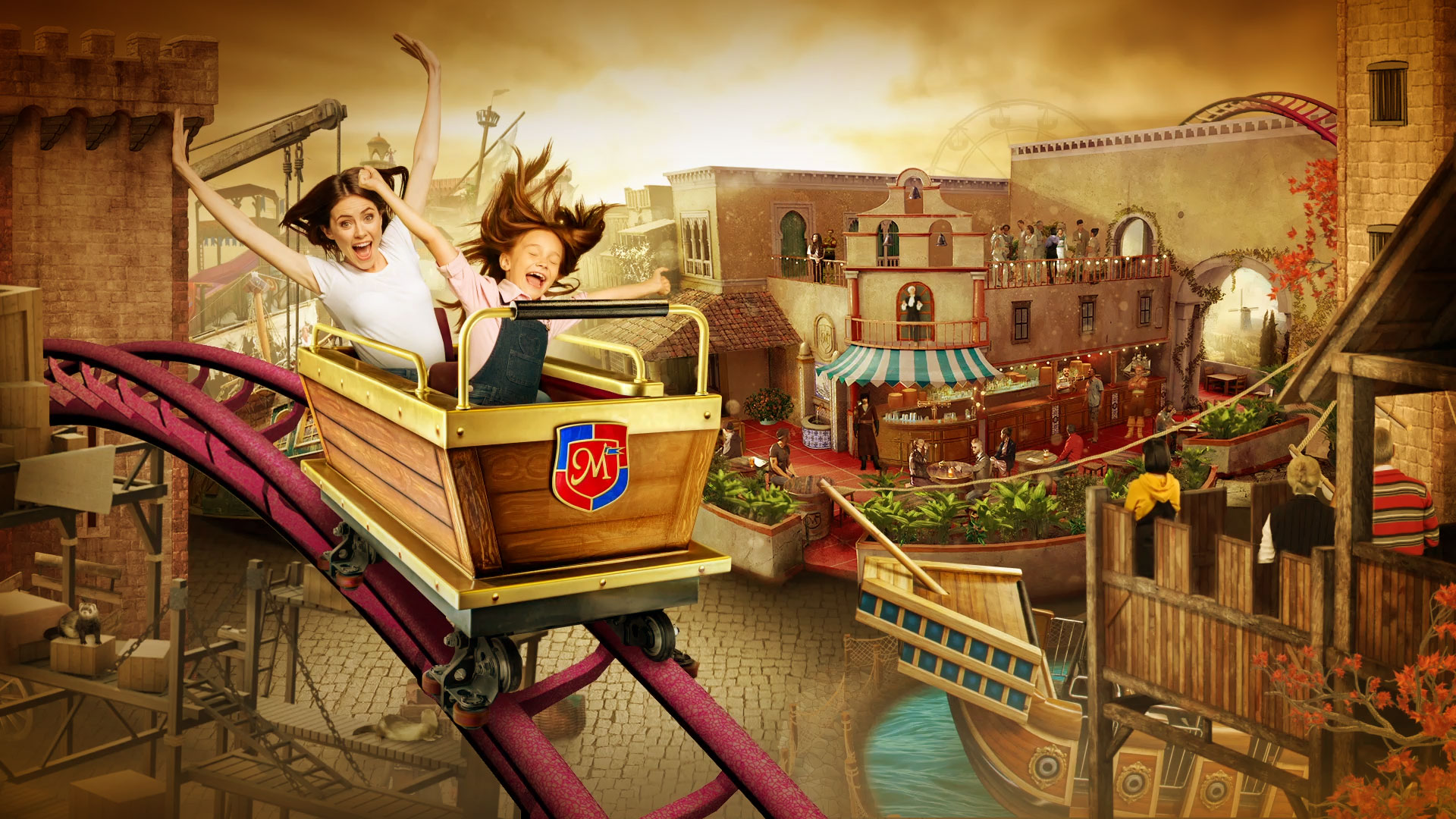 Mandoria, a year-round, massive indoor theme park, has opened in central Poland, only 20 km from Lodz. Its designers relied on an original idea inspired by the times of the Renaissance. Attractions constitute an integral part of the created world, and visitors of Mandoria feel as if they entered a city from centuries ago.

“The entire park was styled as a 16th-century trading city,” explained Daniel Zieliński, Park Manager. “It has its inhabitants and its secrets. Attractions are part of this world, for many visitors the most important one. However, it should be emphasized that Mandoria is a family park where you can discover something new all the time. And what is important — visitors will experience it together because all attractions can be enjoyed by both children and adults.”

The gates of Mandoria were opened to visitors on July 8 at 10 a.m. It was then that the key to the gates of the City of Adventures was officially handed over by Lady Estelle, Mandoria’s manager, to a girl, one of the park’s first visitors. The ticket costs PLN 99.