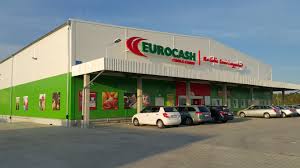 Polish retailer and wholesaler Eurocash has announced a PLN 15 million (€3.5 million) investment in the eurocash.pl platform.

The retailer said that the new website, that will ‘change the lives of grocery store owners’, will introduce additional knowledge of the local market, including information on demographic data, rankings of the best-selling products, and a preview of competition newsletters.

It also offers a fast and user-learning search engine for goods, intelligent shopping lists, information about TV campaigns by FMCG producers, as well as the ability to order products directly from an interactive promotional leaflet.

The move comes from the retailers drive towards its omnichannel strategy, which will transform the role of sales representatives from sales to consultancy.

“For Eurocash, and the entire market, it is a breakthrough moment. From today onwards, the owner of a small-format store has more information about the market than the director of a large commercial network,” said Luis Amaral, President of the Eurocash Group.

In store, this will release store managers from the back office, giving them more freedom to order goods from the sales room and interacting with customers, and it hopes to address the high turnover involved in retail.

The platform recently progressed from its trial phase, and has provided ‘real support’ for shop owners in lowering operational costs as well as allowing managers to focus on customers.

“It lowers their operating costs and allows them to concentrate their efforts on the consumer. For years, we have consistently changed the face of Polish commerce by investing in solutions, also from the area of new technologies, which are to facilitate retail business by independent entrepreneurs, eurocash.pl is the best example,” Amaral continued.

The group recently announced that its profits reached €8.36 million for the first half of 2018, greatly improving on its €14.35 million loss that it reported for the same period last year.