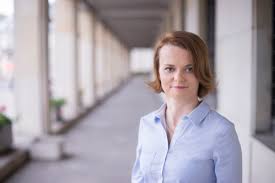 Last week, at the height of the public storm over the Polish law banning holding Poland responsible for the murder of Jews on its territory during the Holocaust, a delegation of 100 Polish businesspeople visited Israel to promote business cooperation between the two countries. The delegation was headed by Polish Minister of Entrepreneurship and Technology Jadwiga Emilewicz and Polish Investment and Trade Agency executive VP Wojciech Fedko. The main event in which the delegation took part was an economic forum in Tel Aviv in which 200 Israeli businesspeople and companies participated.

Emilewicz is actually the first ever minister of entrepreneurship and technology in a Polish government. The ministry she heads was created last year by the Polish prime minister, spun off from the Ministry of Investment and Economic Development.

Emilewicz told “Globes” that she wanted Polish entrepreneurs to learn

from the Israelis. “Poland is a big market of 38 million people,” she says, “but for that reason, it is hard for the small and medium-sized Polish entrepreneurs on whom Polish development is based to think globally. For them, it is enough to offer services to a third or a quarter of the Polish market.” This is one of the reasons that she believes that it was important to hold the conference and hold meetings between companies from the two countries: “The Polish entrepreneurs can learn from the Israeli market about exports and global thinking,” she says, adding that they can also study innovation.

“Today, even though our growth is very rapid (GDP is growing at 5% annually and we’re in second place after Romania among the developing countries in the European Union), we’re still copying things that already exist, not innovating,” Emilewicz laments.

“Globes”: It appears that what is attracting Israeli high-tech companies to establish research and development centers in Poland is cheap labor.”

Emilewicz: “Most of the Israeli companies active in the Polish market are real estate companies, and there are more retail companies than technology manufacturers or high-tech companies. The only Israeli companies to open an R&D center here is Teva, which has a production branch here in Krakow. I’d like to see more Israeli companies in the sector come. We’re open to this and believe that the benefit will be mutual.”

Talking to delegation reveals that high-tech labor in Poland is cheaper than in countries like France, Germany, and of course Israel, although more expensive than it was 10-20 years ago. “The cost of employees for companies is half of the cost in Israel,” says Council of the Polish-Israeli Chamber of Commerce president Elroy Knebel. “Furthermore, the personnel are topnotch: the rate of higher education is among the highest in the world.” They add that Polish programmers are in first place in Europe and third place worldwide after China and Russia in the Hacker Rank ratings.

The rise of Polish accelerators

Emilewicz holds forth on a few of the benefits that Poland offers, and emphasizes that many of them are relevant to Israeli companies: “We have established special economic zones in Poland in which tax benefits are granted to someone wanting to found a company in the country. We assist in the entire decision-making process, including location and localization of products. We’re not trying to found the companies; we’re trying be an entrepreneurial country, understand which sector will be especially promising, and invest in it.

“The R&D centers being set up in Poland can enjoy corporate tax benefits of up to 70-80%. Companies that have invested in research and development in Poland will receive additional tax benefits and will have to pay only 4% tax on revenue from a product or service when it goes to market.”

In addition, Poland offers a number of expanded programs for startups, one of which is in cooperation with Israeli organization Start-Up Nation Central. “We’ll soon start a cooperation pilot scheme led by Polish investment bank BGK. The idea is to select 20 startups from Poland and 20 from Israel in fintech, biotech, and cyber. All of them will undergo one boot camp in Poland and another in Israel. Large companies and venture capital funds from both countries will be involved and tell the startups what they’re looking for and ask questions. This will be a source of inspiration and an opportunity for the startups to test the solutions that they offer in the real market. The program lasts 8-10 months, ending with a pitch to venture capital funds to find funding for the startups. The goal is to found companies that will develop products for which there is global demand, while leading to joint companies from Israel and Poland.”

The ministry also operates a platform called Start in Poland. Emilewicz says it is “the largest platform in Central Europe founded through European funds and government financing that is devoted to developing startups.” The platform offers funding for startups founded in Poland and operates an accelerators program called Scale Up. “The Scale Up program, which went for two years, recently ended and another round will start soon. Last time round we operated 10 accelerators through which over 250 companies received mentoring, legal support, and financing, as well as involvement of major companies in the process. 150 agreements were signed for these companies and 50 more are in progress; it was a huge success,” she declares and tells about another benefit relevant to startups: “We launched a pilot last year for a program called Poland Prize for getting a visa to found a startup in Poland for someone who is not an EU citizen. This year, we want to select 120 companies that will receive visas, as well as financial support and mentoring for founding companies.”

Knebel agrees: “More and more companies are making successful use of the benefits that the Polish government offers. The procedure for obtaining a grant in Poland is fast for Israeli investors. It only takes a few days to found a Polish company, after which a business plan has to be presented and a suitable team of Poles with Israelis selected. Preparing the application takes 4-8 weeks and the decision is made within three months.” What Knebel says indicates that Emilewicz, whose ministry’s goals include simplifying complicated laws and making things easier for entrepreneurs, is succeeding.

“I met with 20 Israeli IT startups that came to my office and asked what they could develop for the Polish market, so yes, I feel that there is interest from the Israeli market in coming to Poland and we’re at the beginning of the journey. I believe that our program with Start-Up Nation Central will open the gate for both sides, because now it’s possible to cooperate even without physically changing places.”

What influence are Israelis who have immigrated to Poland having on the local startups?

“There are a number of IT companies composed of Poles and Israelis that are among the most successful in Poland. Israelis bring a different way of thinking and openness to the global market.” Emilewicz mentions Remotr, a gaming startup (or RemoteMyApp), as an example of successful Polish-Israeli cooperation.

“In the Polish development fund, we’re trying to design a platform similar to the Yozma program, i.e. public investment combined with private,” Emilewicz says. “There are two Israeli venture capital funds, Pitango Venture Capital and Giza Venture Capital, that have received funding from us. We have a very large capital market and we want to open it to venture capital funds from around the world, and especially from Israel, because you’re talented in this area. These measures come from an understanding that after 2021, when Brexit takes effect, we’ll have to open the capital market in order to deal with a new policy that won’t be so beneficial.”

What other Israeli companies are cooperating with Polish companies?

“Three months ago, Israel Electric Corporation met with four companies owned by the Polish government that provide services to the public. One of them was interested in cybersecurity solutions and in cooperation in that field. The Polish mining company has also established a branch in Israel with a local partner and wants to develop smart mining technology for mining minerals. A lot of Israeli cyber companies have come to my ministry looking to find partners in the Polish market.

“There is also great interest from Israeli academic institutions, for example the Technion and Sapir College, in establishing a stable relationship with universities in Poland. One of the areas in which they want to expand cooperation is research and development, and we’re talking to them about it. Sapir College wants to begin a joint study program with the University of Warsaw that will focus on intellectual property and commercialization of research and development sources. We very much want something like this in Poland and Israel’s experience in this area is enormous.”

Emilewicz wants to increase spending on R&D. “We want to bring the technology from the universities to the market. Last year we reached 1% spending on research and development and it’s worthwhile for us to reach 2.76% by 2022. This is a huge challenge – it means almost tripling the amount. We therefore want to put not only public money into it, but also to bring in the private sector. We’re offering tax benefits, so that risky investments are worthwhile for the entrepreneurs. We also want to push new products in traditional industries, such as electric vehicles in public transportation.”

In the framework of the visit to Israel, a Polish trade and investment office is being opened in Israel as part of an international chain of such offices operated by the Polish Investment and Trade Agency. Fedko explains, “We now have such offices in almost 50 places around the world. The Israeli market’s interest in Polish companies and vice versa has been increasing for some time, and the goal of the office in Tel Aviv is to promote exports and investment in Poland. We believe that it will be a gateway to the Israeli market for Polish companies and for Israeli companies wanting to enter Poland. There are many investment opportunities in Poland for Israeli companies and the ministry offers various government incentives, such as cash grants and tax breaks. There are a number of financing sources: government financing, European Union financing, and the Polish Development Fund (PFR). The services we offer are also important to someone who is unfamiliar with European regulations, because this is a market with a lot of regulation. It’s very tough to do business in a many places around the world because of regulation and we’re simplifying regulations and trying to combine a US model with a European model of trade.”