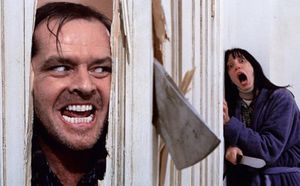 As Poland prepares for its closeup, with the introduction of a 30% cash rebate earlier this year, the local industry is gearing up to show the world how much it has to offer. Easily accessible from anywhere in Europe, the country boasts diverse locations, highly skilled crews, and a rich movie-making tradition.

Even the lack of incentives in years past has become something of a competitive advantage. “The fact that these locations have yet to be extensively seen in international productions provides the most coveted treasure: unique, evocative locations,” says Lori Balton, of the Location Managers Guild Intl., who describes visiting fairy-book castles, Gothic churches, and Brutalist modern structures on a visit to Poland.

Poland has sandy beaches skirting the Baltic Sea in the north, as well as spectacular mountain ranges in the south. Pockets of the Polish countryside are virtually pristine. “There are still places you can go and there are no signs of civilization in sight,” says Anna Ewa Dziedzic, of the Polish Film Institute. Lush and verdant, with four lake districts and nearly 30% of its surface area covered by forests, the country even boasts the Bledow desert—an arid landscape just an hour’s drive from Krakow that’s the only one of its kind in Europe. “The choice is very broad,” says Dziedzic. “It really depends on what you’re looking for.”

Poland has seven regional film commissions that work to facilitate shoots around the country, as well as 11 regional film funds, which supplement support from the federal government. The Polish Film Institute has provided $28.5 million for project development and production so far this year, and has spent nearly $9.4 million to support the incentive scheme. It also has a dedicated fund to support minority co-productions, in order to strengthen ties between Polish producers and international partners.

The rebate is being seen as a game-changer, with more than a dozen projects greenlit in Poland since it was introduced. Among the prestige series being produced in Poland are an adaptation of Harlan Coben’s thriller “The Woods,” produced by local production powerhouse ATM Grupa for Netflix, HBO Europe’s “The Pack,” also produced by ATM Grupa, and “The King,” produced by Aurum Film for Canal Plus Poland, from director Jan P. Matuszynski (“The Last Family”).

As well as the two series, ATM Grupa is also developing two feature films as international co-productions, something CEO Andrzej Muszynski says wouldn’t have been possible before the introduction of the rebate.

“We had a lot of talks in the past when our colleagues or clients were quite interested in shooting in Poland, but the lack of a rebate was a serious drawback,” he says. “Now, we can be considered as an alternative option to Budapest or Sofia or Czech Republic,” long known as budget-friendly destinations for foreign producers. “Definitely [the rebate] opened up the market.