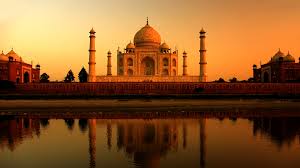 PATNA: Deputy CM Sushil Kumar Modi said on Wednesday he succeeded in enticing interested parties from Poland to invest in the food processing and higher education sectors in Bihar. He said Poland has succeeded to a large extent in preventing vegetable and fruit wastage while Bihar especially has a huge potential for growth and expansion in the food processing sector.
Modi, who is in Poland, addressed the three-day 10th European Economic Congress(EEC) that began at Katowice on May 14. Representatives from 27 EU countries and 700 delegates from other nations had been invited to take part in the EEC meet. The EEC meet had arranged for special session on Bihar on Wednesday.

In a communiqué from Poland, Modi said the country expressed interest in the food processing and higher education sectors in Bihar. In fact, against ‘Made in India’ call of the central government in India, Poland has given a call for ‘Go India’ to its investors, he added.

Modi’s presentation at the EEC meet referred to the new strides made by Bihar in vegetable cultivation, maize farming and production and organic farming, besides pointing to the state’s strength in fruit production.

He said Bihar was third in vegetable production in India, while it had also made record production of maize. He said the state government has, of late, given a new push to organic farming that is also backed by its third Agriculture Road Map (2017-22) which, in turn, has stressed on production, storage, conservation and processing of fruits and vegetables.
Modi also informed the international delegates that the state government has started giving agriculture input subsidy of Rs 6,000 per registered farmer to promote organic farming of vegetables. Under the plan, a three-tier structure of cooperatives was also being formed to promote marketing of vegetables produced by way of organic farming.
In this situation, Modi said the strength of Poland in the prevention of fruit and vegetable wastage would be greatly beneficial for Bihar, as Poland has only 5% wastage of vegetables and fruits against 70% of the same in India.
Modi also said Bihar could also benefit from Poland in the higher education sector, as the Indian states like Gujarat, West Bengal, Uttarakhand, Andhra Pradesh and Maharashtra had already reached separate agreements with it for new strides in the higher education sector. At present, as many as 5,000 Indian students are getting higher education in Poland, Modi said.
Source: timesofindia.indiatimes.com