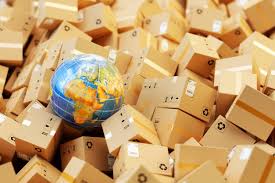 Poland continued to be the fastest growing major flexible packaging market in Europe in 2017, as demand across the continent is predicted by PCI Wood MacKenzie to reach €15.7 billion (US$18.2 billion) in 2022.

While overall growth in Western Europe was fractionally down at just below two percent in 2017, demand in Eastern Europe picked up to three percent. Demand in Poland increased by more than five percent across the year. Looking forward, PCI Wood Mackenzie forecasts that European flexible packaging demand will pick up slightly in 2018, subsequently growing by 2.2 percent a year to reach €15.7 billion (US$18.2 billion) in 2022.

These figures are cited by PCI Wood Mackenzie in its latest review of the European marketplace, ‘Flexible Packaging European Supply Demand Report’. This values Europe’s flexible packaging market at €14.1 billion (US$16.4 billion) in 2017.

According to the report, Europe’s flexible packaging market remains one of the largest and most sophisticated in the world, accounting for around 17 percent of the global total in 2017. The region’s industry also exports 10 percent of its production around the world.

Paul Gaster, director, flexible packaging at PCI Wood Mackenzie, Paul Gaster, said: ‘Relative to other global regions, the European flexible packaging market is mature and slow growing, which will see its share of global demand steadily decline over the coming years. However, the European converting industry will continue to be a world leader in terms of technical innovation and know-how, and a major exporter.’

Poland’s flexible packaging industry is reported to have achieved its success by supporting the high levels of inward direct investment made by multinational food brand owners over the past decade, as well as growing exports of converted materials into Western Europe and elsewhere.

Elsewhere in Europe, growth in Russia’s flexible packaging market, the fifth largest in Europe, picked up to around three percent in 2017, boosted by a rapidly evolving food processing industry, and associated infrastructure, and improving overall economic conditions. Growth in Turkey, while significantly lower than earlier in the decade, continues at above the overall European trend, boosted by a growing national economy, urbanization and relatively rapid population growth. The Turkish industry is a major exporter which is increasingly challenging Italian and other south European suppliers in destination markets.

PCI Wood Mackenzie identified the most significant structural development in the industry since the beginning of 2017 as Schur Flexibles’ acquisitions of French converter Uni Packaging and three Clondalkin businesses in the Netherlands and Germany. Consolidation of these businesses ranks Schur amongst the top five flexible packaging converters in Europe with sales expected to exceed €500 million (US$580.5 million) in 2018. A number of other companies have made smaller ‘bolt-on’ acquisitions, such as Mondi’s purchase of UK-based Excelsior Technologies and Bemis’ acquisition of two labels and flexible packaging businesses in Romania.

Nevertheless, the European industry remains highly fragmented with more than 700 companies involved in the industry, under PCI Wood Mackenzie’s definition of flexible packaging, with the 26 largest converters accounting for nearly 70 percent of the total market.

According to the report, with the exception of confectionery and tobacco, all end-use markets exhibited growth in 2017, with the best performing category being pet food, which increased by around four percent during the year. Sales in sugar and chocolate confectionery applications, which account for 10 percent of the European market, were broadly static. This reflects struggling end use market sales, especially amongst the major brand owners.