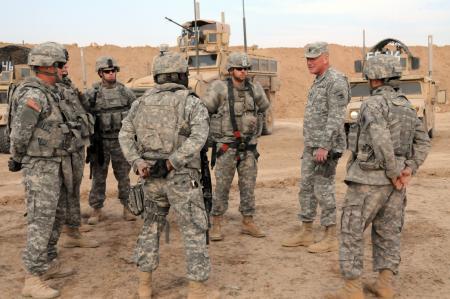 The deployment to Poland is the largest for the Washington National Guard since the 81st Brigade Combat Team deployed in 2009-2010 and 2004-2005 to support Operations Iraqi Freedom and Enduring Freedom.

The battalion-size battlegroups, led by the United Kingdom, Canada, Germany and the United States, are meant to demonstrate the strength of the transatlantic bond, and make clear that an attack on one ally would be considered an attack on the whole alliance.

In addition, 150 citizen-soldiers from Washington state’s 81st Stryker Brigade Combat Team are deployed to Ukraine in support of a Joint Multinational Training mission there.