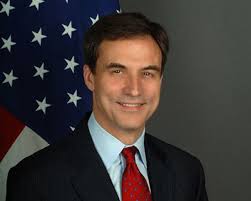 New Polish-US chamber of commerce in the works: PM

Poland’s prime minister on Wednesday said his country would establish a new chamber of commerce in the United States to boost its business presence across the Atlantic.

Mateusz Morawiecki said the new institution would mark “another milestone on the road to building a strong Polish business presence in the United States.”

Speaking in Warsaw at a joint news conference with US Ambassador Paul Jones, Morawiecki said that Poland’s strong economy was attractive to foreign investment, including that by American companies.

Paul Jones, the US ambassador to Poland, said he hoped the new Polish-American chamber of commerce would contribute to deeper business ties between the two countries.

Poland in late March signed what officials described as a historic deal to buy an American Patriot air defence system for USD 4.75 billion.