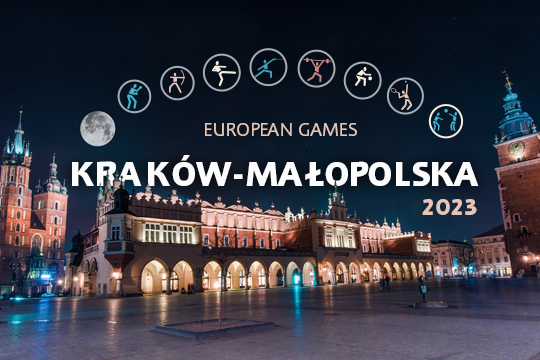 Krakow gears up for major projects ahead of 2023 European Games.

Krakow and the Małopolska region will host the European Games, which will be held for the third time in 2023.

According to preliminary arrangements, the sports competition under the 3rd IE in 2023 will take place in Krakow and the main cities of Małopolska, including in Zakopane, Tarnów and Krynica. Silesia, which has a developed sports infrastructure for athletics, also expressed the will to co-organize the games with government support.

The organization of the Games, however, means investments not only in the sports base, but also in the transport infrastructure (e.g. connection of the Balice airport with Krakow).

‘For fans to be able to get to Zakopane, Tarnów, Bochnia or Krynica, there must be a network of road and rail connections’ – emphasizes the Mayor of Krakow.

These investments may turn out to be much more expensive. Most of them, however, are to be financed from the central budget. Apart from Kraków and Małopolska, the Polish government is also involved in the organization of IE. At the end of last year, a special Coordination Office for the Krakow-Małopolska 2023 European Games was established at the Ministry of State Assets, supervised by Deputy Prime Minister Jacek Sasin.