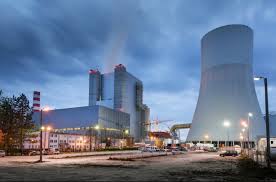 The two companies behind a controversial €1.2 billion, 1GW coal power plant in Poland risk facing a legal challenge over the financial risks it poses to shareholders.

Environmental lawyers ClientEarth have put the directors of Energa and Enea on notice of the increasing risk of legal action if they proceed with the ill-conceived Ostroleka C project. Enea’s shareholders are voting on the project on Monday, with the final decision resting with Energa’s and Enea’s directors. If built, the plant is projected to be “permanently unprofitable”.

ClientEarth holds shares in Energa and Enea and is being represented pro bono by international litigation firm Boies Schiller Flexner, which has written to the companies, both state-controlled, warning that their ongoing actions “risk breaching board members’ fiduciary duties of due diligence and to act in the best interests of the company and its shareholders”.

ClientEarth is seeking confirmation that no further action will be taken on the project until its economic viability can be assured – and says a decision to proceed may prompt legal action.

ClientEarth lawyer Peter Barnett said: “Company directors have a legal duty to act with due diligence and not to take excessive and unnecessary risks against the company’s interest. In this case, good climate policy is good business. Energa and Enea should abandon this project – it is an indefensible gamble with shareholders’ money and a major misstep in climate terms.”

Ostroleka C has been a controversial project from the beginning, struggling to attract financing and mired in market scepticism. Energy industry experts have also dismissed the notion that it is necessary for Polish energy security. It was previously abandoned by Energa’s management in 2012, after multiple reports found it would be unprofitable, but taken up again in 2016 as a joint venture with Enea.

More recently, the plant’s lack of economic viability has returned to the spotlight. Carbon prices are at a ten-year high and state subsidies for coal power under the capacity market are increasingly threatened by EU energy reforms seeking to reduce CO2 emissions and move the market towards cleaner energy sources.

A new Carbon Tracker report has found the plant would be permanently unprofitable without sizable capacity market payments, which will not be decided until December. But the report notes that it is “far from guaranteed” that Ostroleka C could attract sufficient payments to ensure its profitability and even then such payments could be cut short from 2025 as a result of EU energy reforms.

Without them, the project could generate a negative net present value of up to €1.7 billion over its lifetime. This is a serious business risk and directors are accountable for their failure to address it.

As Poland prepares to host the global climate conference in December, ClientEarth has urged Energa and Enea to think twice about pushing the project forward.

Marcin Stoczkiewicz, ClientEarth’s Head of Central and Eastern Europe, said: “Ostroleka C would represent a major setback in the Polish government’s welcome support for increasing renewable energy generation. As experts have repeatedly affirmed, the plant is not required for Polish energy security and threatens to prove a major financial drain on the companies and their shareholders – including Polish taxpayers, given the Polish State Treasury holds the majority of the shares of both companies.”

Energa and Enea’s joint venture agreement provides that each may withdraw from the project before starting construction if the project lacks profitability. Construction is otherwise expected as early as October 2018, though Energa has previously assured the market it would not proceed until and unless Ostroleka C secures capacity market payments in December 2018.

Barnett added: “Energa and Enea must withdraw from the project before committing the companies and shareholders to an investment laden with obvious financial risks. Directors need to acknowledge that new investment in coal power generation does not belong in a sustainable, secure business strategy.”

The Ostroleka C project obtained the necessary consent from Energa’s shareholders at its extraordinary general meeting on 3 September 2018 as a result of the Polish state’s majority shareholding. But minority shareholders registered a strong dissent, with 37 per cent of those present voting against the project and a further seven present abstaining.