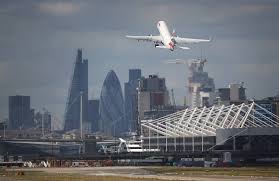 With an eye firmly on business travellers, LOT Polish Airlines announced in early August that it will begin flying from Warsaw to London City Airport (LCY) next January. London City is just a short distance from the British capital’s financial district, and LOT’s announcement will provide a shot in the arm for those looking for positive signs that Polish-UK trade will survive Brexit.

“While we have a long history of operations to London Heathrow, where we fly three times a day, we are happy to open this new chapter by adding two daily flights to London City, the most convenient airport for those passengers wanting to get to the City of London,” said Adrian Kubicki, director of corporate communications at LOT. “I am certain that this new connection will be appreciated by our passengers – particularly from the CEE region – and that it is going to be one of the most successful routes in our constantly growing network.”

In addition to the flights between London City and Warsaw, LOT also announced the introduction of flights from London City to Budapest, Hungary, to start in February 2019. The move coincides with LOT’s creation of a new hub in the Hungarian capital, designed to service both short and long haul flights.

LOT, which for years haemorrhaged government cash (the Polish state owns a 68 per cent stake) returned to the black in 2016 and last year made just over 280 million zloty (65.8 million euros) in profit. Its expansion into Budapest suggests that the airline is looking to grow even further, taking belated advantage of Hungarian flag-carrier Malev’s demise in 2012.

“LOT is today the fastest growing airline in Europe and the only flag carrier from central and eastern Europe which has neither gone bust nor been taken over. What’s more, we are profitable,” said Konrad Majszyk, a LOT spokesperson. He also confirmed that after  establishing a partnership with Nordica in Estonia, the airline is interested in further consolidation of the aviation market in the region.

As far as emerging Europe is concerned, London City’s time appears to have come. Ahead of a major refit the airport has also recently sold a slot to Lithuania’s Ministry of Economy, which wants to see flights to the airport from Vilnius.

“We’ve been seeking a business flight to London for sometime,” said Virginijus Sinkevicius, Lithuania’s minister of economy. “We have lost quite a few investments due to a lack of air service between London and Vilnius.”

The ministry will now hold a tender to find an airline to operate the flights: LOT, either directly or through its affiliate Regional Jet, is one of the favourites to grab the route.

Unsurprisingly, other emerging European airlines are now, often speculatively, looking to LOT as a possible knight in shining armour. Troubled Croatian Airlines, which reported a loss of 79.6 million kuna (10.7 million euros) for the first half of 2018, has been looking for a strategic investor for some time. Polish newspaper Rzeczpospolita has said that LOT would be Zagreb’s preferred option. The newspaper has reported that the Croatian government has invited LOT to purchase part or 100 per cent of the airline.

“If LOT decides to take over another carrier, it would have to provide real impulse to our expansion. It is too early to comment on conversations that have not yet begun,” said Mr Kubicki.

Croatia is not the only regional airline looking for investment. The government of Moldova announced on August 3 that Air Moldova was up for sale at a fire-sale price: 48 million Moldovan lei (2.5 million euros). While at first glance a bargain, the airline accumulated 150 million lei worth of debt in 2018 and has total debts – which any buyer would have to assume – of approximately 1.2 billion lei.