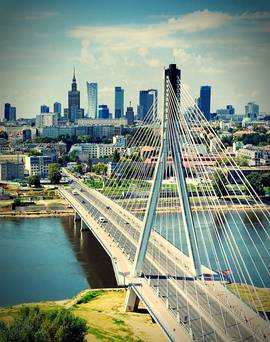 The US-based company is considering selling its entire 61pc holding in GTC to a strategic or financial investor, with no plans to offer the stake to the public.

The fund, which hired JPMorgan Chase & Co and UBS Group AG to help it review strategic options, bought a 28pc stake in the real estate developer for €160m ($197m) in 2013.

A further expansion is expected also this year, while the peak should “top out” in 2019, Colliers predicts.

In 2015, Lone Star increased its holding in GTC shortly after the shares reached their record low. The value of the company more than doubled since then to $1.3bn as the real estate developer reorganised its portfolio across the region and focussed on major cities and best locations in both office and shopping mall markets.

“Current sentiment on the CEE property market is very good and Lone Star should be able to find a buyer,” Michal Bugajski, an analyst at Ipopema Securities SA, said by email.

“It seems that Lone Star’s exit will be in line with a standard three- to five-year investment horizon.”