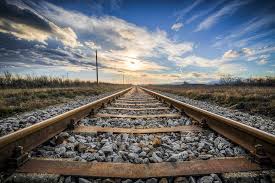 The company said the investment program is unprecedented in the country’s history.

“Our goal is to become the logistics and mobility leaders in the Central and Eastern Europe by 2030,” said Mantas Bartuska, chief executive of Lithuanian Railways.

Lithuanian Railways plans to increase the volume of freight transportation by 30 percent, up to 70 million tons by 2030. The railway company ties its freight growth plans with the Chinese market.

The company also plans to double the number of passengers up to 8 million by 2030.

The company said in its strategy it expects to reach “the biggest breakthrough” with the implementation of Rail Baltica project, a rail transport infrastructure project aimed at integrating Poland, Lithuania, Latvia, Estonia and indirectly Finland by 2026.