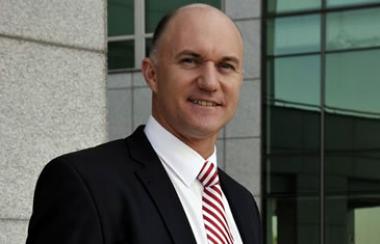 The group made a voluntary announcement on Thursday, saying that it would participate in the issue of new ordinary shares by Polish company Griffin Re (GPRE). Growthpoint would invest between €120m (R1.77bn) and €150m (R2.2bn) via its subsidiary, Growthpoint Properties International.

The real estate investment trust (Reit) first entered east Europe when it spent R2.7bn at the end of 2016 on a stake in Globalworth Real Estate Investment, a Romanian company.

Commentators said the investment was too small to have a strong material effect on Growthpoint’s distribution growth. Since that criticism, Growthpoint has been trying to find more deals in central and eastern Europe, and Poland has stood out as a feasible investment destination.

The GPRE investment is in line with Growthpoint’s internationalisation strategy, as it wants 30% of its bottom line to be derived from offshore sources. This exposure has been sitting closer to 20% for a few years.

Growthpoint has been working on a strategy that will see it free up about R10bn in capital by the middle of 2018, MD Estienne de Klerk said.

GPRE agreed to allocate shares subject to Growthpoint’s and its associates’ total direct or indirect shareholding being less than 30% of the fully diluted share capital of GPRE.

Other conditions included the passing at the general meeting of GPRE on April 26 2018 of resolutions approving the issue of the new shares and exclusion or limitation of preemptive rights in this respect. The new shares would be allotted and issued at an offer price of €1.57 per share, as fully paid ordinary shares in the capital of GPRE.